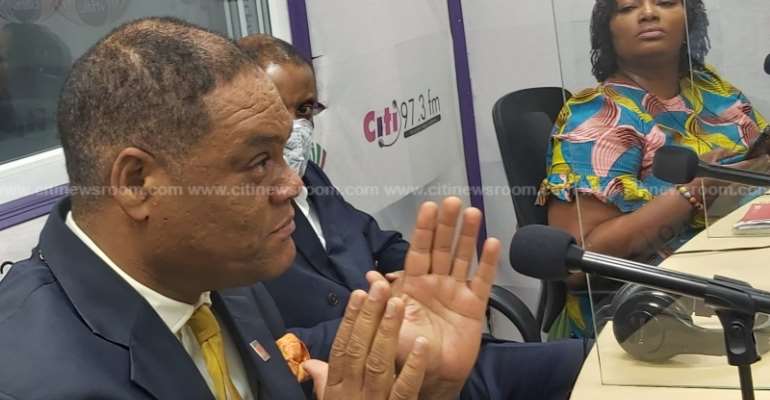 The presidential candidate of the Conventions People’s Party (CPP), Ivor Kobina Greenstreet has stated that the “electric shock” slogan that the party has adopted for the December 7 election is not a gimmick.

According to him, unless voters give the NDC and NPP an “electric shock” by voting for the CPP, things in the country will continue to be the same.

In a now viral video, the flagbearer of the CPP, Mr. Greenstreet is seen chanting his “electric shock” slogan with some members of the party.

Speaking on the Citi Breakfast Show on Thursday, November 26, 2020, Mr Greenstreet stated that Ghanaians have made a lot of complaints about the two major political parties over the years as they don’t see any changes in past years under the leadership of the New Patriotic Party and the National Democratic Congress.

“We keep hearing Ghanaians complain that they are tired of NPP and NDC because all they see is argumentation, lack of improvement in the lives, lack of opportunities for their children to get employed, great difficulty in accessing welfare and the expense and quality of it. And so they will be asking themselves a lot of question when they see two large political parties praising themselves and arguing over so-called infrastructure when in their own circumstances they don’t see them.”

“Therefore, that shock is not just a gimmick, yes we have grabbed people’s attention but the actual simple reality is unless they [Ghanaians] give the NPP and the NDC the ‘electric shock’, nothing will change and that status quo will continue,” he added.