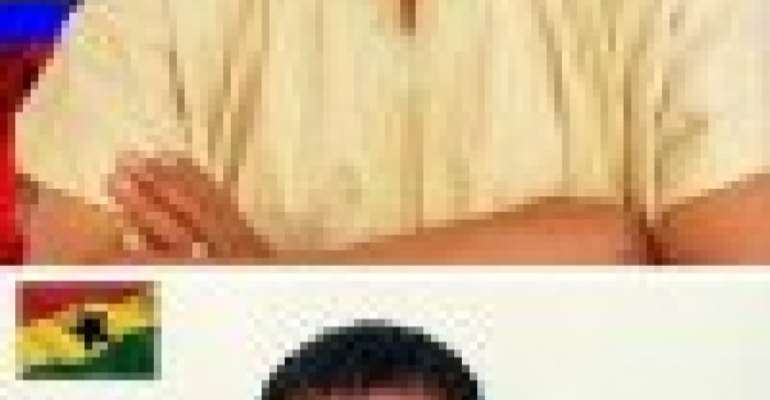 If you play regularly at the Madina Zongo Park, you're likely to meet Mr Abu-Bakar Saddique Boniface, the Member of Parliament for the Madina Constituency in the Greater Accra Region.

Occasionally, he plays and interacts with young people at the park- one of his biggest achievements.

When not in Parliament or office, Boniface is often around the sprawling downtown meeting people or helping someone out.

He comes across as a likeable person and seen in churches, mosques, street corners and playgrounds.

These endear him to many in the Constituency, where he has lived for over 37 years.

Bonartey Dosu, a trader in Madina main market, describes him as the “Peoples' Man”.

“Honourable Boniface is a friend to everybody. He knows the Constituency-Madina, La Nkwantanang and Zongo and meets our needs accordingly,” says Abdul Khadril, a Mechanic.

Boniface was born in Salaga, in the Northern Region but spent his adult life in Madina with his wife and children-three biological and three adopted.

He worked as a government official and Member of Parliament after a few years' experience as an economist and a civil servant.

Boniface was in-charge of Economic and Technical Co-operation on bilateral issue basis with the United Kingdom, France, Spain and Italy.

He joined the 3rd Parliament in 2000 for the Salaga Constituency after beating Hamidu Baba Braimah of the National Democratic Congress with 1,821 votes as an Independent Candidate.

He, however, lost the seat in the 2008 general election, and relaunched his career in 2016 at Madina in the Greater Accra Region and claimed the seat for the NPP.

The 59-year-old is currently Minister of State at the Office of the Vice President and a former Minister for Inner Cities and Zongo Development. He was Minister of Youth, Labour and Employment, later, Manpower, Youth and Employment, between 2005 and July 2007.

Boniface was the Minister of Water Resources, Public Works and Housing as a Minister from 2007 to 2009.

He played various roles in public office over the period but perhaps his biggest achievement is the peaceful arbitration and truce between the two feuding parties in the Dagbon Chieftaincy crisis.

The MP says he is contesting the Madina seat again to consolidate his “Mission Madina” agenda. Mission Madina was his slogan in the 2016 Parliamentary Election, which he explains as, entrenching peace in the Constituency, creating jobs and improving infrastructure.

He says he has started work on all the areas and needs four more years to consolidate the gains and “touch more hearts”.

The MP says he is using retail campaigning to “touch hearts” to retain the seat for the NPP.

He says the difference between him and Mr Francis Xavier Sosu, the National Democratic Congress Parliamentary Candidate is that they are from different backgrounds.

“I touch base with the people. I go to church, I go to mosque. I am very open to the youth, women and the elderly. I have time for everyone and all my dealings have no political colour.

“For me, politics is like hunting, the luckiest gets the game for the family,” the MP said.

Boniface supports free Senior High School, One District, One Factory, and Planting for Food and Jobs because, saying, they are “developing assets for the future.”

He wants Parliament to help Government source funding to support key sectors of the economy-Agriculture, Energy and Education.

He says in the past four years, he has built classroom blocks, paid school fees for hundreds of students and provided teaching and learning materials to schools in the Constituency.

I love Madina for the peace and love the constituents share, he says, and hopeful of winning the seat to consolidate his achievements.

But Francis-Xavier Sosu is back in the streets. Not as a destitute, but to seek the votes of the people to unseat Boniface and become the Member of Parliament for Madina.

Sosu, the National Democratic Congress (NDC) Parliamentary Candidate for Madina, grew up as a destitute in the streets into a renowned Human Rights and Public Interest Lawyer and Social Protection and Child Rights Activist in Ghana.

He appears a political novice but his support for the vulnerable and success in leading Human Rights cases and advocacy in the past ten years have made him a must watch candidate.

Sosu was rescued and adopted from the streets of Malata and Kotobabi in Accra by Village of Hope Orphanage at Gomoa Fetteh, in the Central Region, and grew “beyond limitation.”

Sosu, also a philanthropist, is riding on his popularity among young people in the Constituency to snatch the seat from the incumbent.

He is the Managing Partner of F-X Law & Associates-a progressive Human Rights and Public Interest Law firm in Accra, established in 2012.

Sosu is also the founder of the Treasure of Life Foundation-Ghana, Kenya and USA, which carries out community empowerment projects for the very poor and homeless.

He founded Justice Ghana, dedicated to Human Rights and social protection issues with focus on educational outreaches and the enrichment of the lives of children from deprived backgrounds.

As a life coach and a public speaker, he was appointed national orientation Icon to public schools through the Ministry of Education, Information and Local Government and toured public senior high schools in the country, reaching out to 600,000 students.

He has also spoken to children in public schools in Oklahoma, Memphis, Tennesee and Knoxville in the United States of America.

He won several awards including – Ghana 40 under 40, Law category, Humanitarian Award, Ghana Peace Awards and the Most Influential Young Ghanaian; and authored, “Love lifted me from the streets”, and “homeless”, among others.

Sosu is popular for representing one Francis Agyare in a compensation claim against the State. Mr Agyare was on remand for 14 years without trial and released through the Justice For All Programme.

He says he is contesting the Madina seat to use his background experience to improve the livelihood of the vulnerable - children, women and the aged.

“I want to represent the pro-poor and advocate policies and programmes that will have direct impact on the people of Madina,” he said.

Sosu says he will introduce micro care and credit programmes-soft loans to traders, commission mobile clinics to take healthcare to the door steps of the poor, establish social protection shelters for victims of crime who have no place of abode and introduce scholarships for needy pupils and students.

I will create jobs through youth development and sports with the establishment of career centres in all electoral areas, the NDC Parliamentary Candidate, added.

He says he is different from the Incumbent Member of Parliament because “I am young and Madina can see its future in me. I was once a street kid and can relate to all.”

For Sosu, the pressing issue in the Constituency is lack of jobs, school drop outs and infrastructure deficit, which he says, he is working hard to address.

He supports “cautious liberalism” and social democracy – promoting freedoms and liberties of people, taking into consideration the most vulnerable.

“I hate homosexuality and bi-sexuality because they are against Christianity and Islam,” and I want Parliament to pass a clear law for victims support in Ghana.

He says he loves Madina because of the residents' passion for politics, tolerance and love for one another and, confident of clutching the seat for the NDC on December 07.