I Ended Dumsor, Not Akufo-Addo Who Has Not Added A Megawatt – Mahama 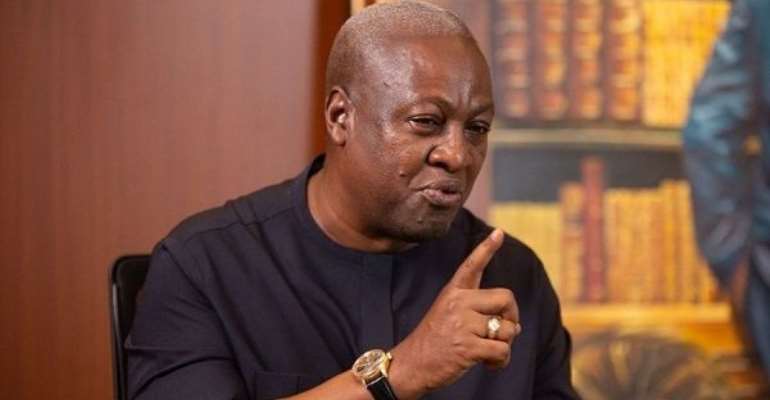 He has accused the Akufo-Addo government of using lies to steal credit for that achievement of the NDC.

Addressing members and supporters of the NDC at Ashalley Botwe on Tuesday, 3 November 2020, the former president explained that it was during his administration that the Ameri power plant and Karpowership were procured and brought to Ghana which helped to end dumsor in December 2015.

“Those two new power plants we brought led to an end to dumsor”, he said.

According to him, “the NPP thinks Ghanaians aren’t smart enough; they think our memory is blurry”.

“There was no power cuts or power rationing in 2016 but if the NPP claims they ended dumsor, I dare them to show me just one power plant they brought into the country to add to the already-existing ones”, he challenged.

“Zero megawatt”, he noted, emphasising: “They’ve not added even one megawatt to the existing one”.

He recounted that virtually all governments, since independence, added some megawatts to Ghana’s power production capacity except the Akufo-Addo government.

“Nkrumah gave us Akosombo dam, Acheampong gave us Kpong dam, President Rawlings gave us Aboadze Power Plant, President Kufuor added his, so did President Mills. I also added mine. This is the only government in the history of Ghana that has failed to add a single megawatt to Ghana’s power pool”, Mr Mahama noted.

A few days ago, the Apostle General of Royalhouse Chapel International, Rev Sam Korankye Ankrah, brought revived the dumsor debate when he said Mr Mahama, as president, stabilised the erratic power situation that bedevilled his presidency before leaving office.

“You say John Mahama hasn’t done anything for this nation? That’s a lie. He was able to stabilise electricity and power before he left office”, Rev Korankye Ankrah told his congregation on Sunday, 1st November 2020 when he catalogued the achievements of all the Presidents of the fourth republic, as part of his teachings about honouring rather than insulting the political fathers of the land.

“John Mahama did roads; let’s stop this hypocrisy and childishness”, he said.

According to Rev Korankye Ankrah, every Ghanaian leader has contributed to the country’s development and must, therefore, be honoured and not denigrated because of politics.