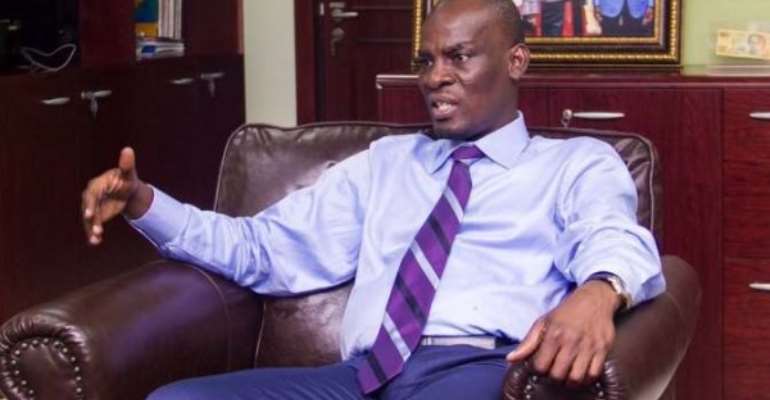 Minority Leader Haruna Iddrisu on Tuesday reiterated the need to place a cap on the number of Members of Parliament (MP) to the House.

He said experts and opinion leaders also agreed that “we need to place a cap on the size of the legislature” and “that we cannot continue to expand the membership of the House in perpetuity.”

The Legislator for Tamale South raised the matter on Tuesday at the Parliament House in Accra, during the inauguration of new office facilities, called Job 600 Annex, to create room for MPs without offices.

Hitherto, some MPs had to perch with others, or operate from places outside the House at their risk and discomfort.

Subsections 1, 3 and, 7 of Article 47 of the 1992 constitution, provide that: (1) Ghana shall be divided into as many constituencies for the purpose of election of members of Parliament as the Electoral Commission may prescribe, and each constituency shall be represented by one Member of Parliament.

In response to population growth and to meet the constitutional requirement, the Electoral Commission (EC) increased the number of constituencies and parliamentary seats from 200 in the 1992, 1996, 2000 elections to 230 in the 2004 elections, and 275 in the 2012 and 2016 elections.

Vice President Dr Mahamudu Bawumia in 2017 disclosed that the Government of Ghana was considering the construction of a new chamber for the legislative arm of government, and advised that, the work of Parliament must not be interrupted considering the critical role it played in the governance of this country.

However, when Parliament, in July 2019 announced its plan to build a new chamber at estimated to cost $200 million, public outcry against the project forced the House to pull the brakes on its planned construction.

The Parliamentary Service Board, upon reviewing representations from the public, accordingly took the development of the new Chamber block out of its agenda then.

However, the development of the parliamentary enclave and a new Chamber block and offices shall however, remain an essential and integral part of future plans of the Legislature, in a bid to provide a strong, accountable, responsive and transparent parliament to serve the purpose of Parliament.

The Minority Leader said the continuous expansion had implications on the public purse and the Leaders of the Political Parties, particularly, his party, the National Democratic Congress (NDC) and current ruling New Patriotic Party (NPP).

He urged the two sides to come to a consensus on the ideal size of the Legislature, for a country as Ghana, with a prayer to President Nana Addo Dankwa Akufo-Addo to lead and influence such a debate.

The Minority Leader revisited the discussion to create a parliamentary enclave for the nation, arguing that the need for Parliament to maintain effective occupation and control of the enclave was long overdue.

Ghana's parliament, the Ghana News Agency (GNA) learnt, is on the grounds of the State Protocol Department, but the Minority Leader argued that, “it is not best practice for the parliamentary grounds or part therefore, to be in the hands and control of other Agencies or Bodies.”

Mr Iddrisu said much as he was aware that the President had given his blessings for the acquisition of the Parliamentary Enclave, the process was grinding slowly.

“It was our expectation that the process would be completed within your tenure,” the Minority Leader said and stressed for the enhancement of security for MPs as public officials in parallel state organizations, prior to the days of the coming general elections.

Mr Iddrsu suggested that some edifices in the House be named after some trail blazers of Ghana's parliamentary journey under the Fourth Republic.

Mr Iddrisu named the late Mr Justice Daniel Francis Kweipe Annan, and the late Mr Peter Ala Adjetey, both former Speakers as personalities whose memories cannot be detached from Parliament of Ghana.