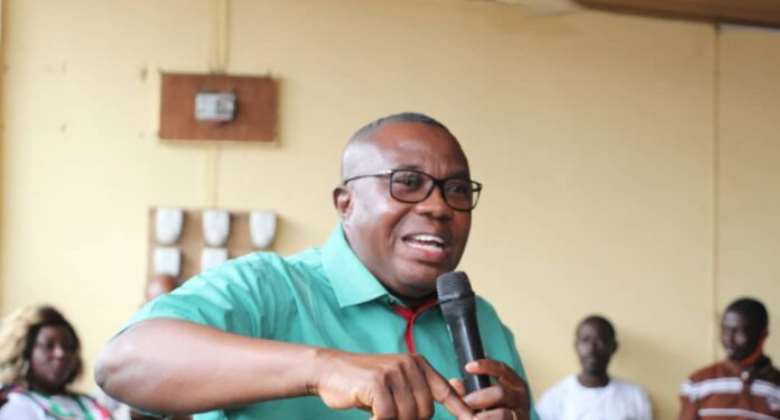 The National Chairman of the main opposition National Democratic Congress (NDC), Mr Samuel Ofosu-Ampofo, has said his party’s next government will employ more youth into the Ghana Police Service.

He said the party’s presidential candidate, Mr John Dramani Mahama, is committed to increasing the police to civilian ratio, adding that 40 per cent of the new recruits will be women.

“President John Dramani Mahama says that I should inform you that he wants to improve the police to civilian ration when he becomes the next president of Ghana, and for that matter for the four years that he is going to rule.

“For every year, 2,000 additional policemen and women will be recruited.

“Our manifesto says out of the number of police officers who will be recruited, 40% of them will be women,” he said.

Mr Ofosu-Ampofo made this known at a community engagement in Denu within the Ketu South constituency, where the running mate, Prof Naana Jane Opoku-Agyemang toured on Wednesday, 28 October 2020, as part of her three-day visit to the Volta Region.

He, however, cautioned police personnel “not to allow themselves to be manipulated by the government”, adding that “they should see the civilians as their friends and that no political authority should use them to intimidate and harass people on election day”.

The Chairman added that: “President Mahama is going to build a government of national unity. We want Ghanaians to know that the unity of this country is more paramount than any other parochial political interest”.