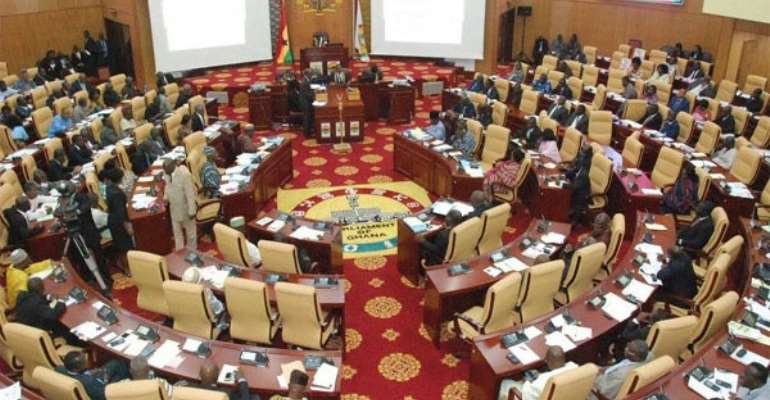 The Gender and Children Committee of Parliament is set to embark on visits to witch and prayer camps across the country as part of its work to fine tune the proposed Witchcraft Bill.

The bill, when passed, is expected to prohibit the practice of sorcery and the declaration of a person as a witch or wizard, and its accompanying human abuse.

On Thursday, members of the committee met earlier before the commencement of public business of the House to decide on how to go about dealing with the draft bill with reference to the Criminal Offences Act, 1960 (Act 29).

Speaker of Parliament, Prof. Mike Oquaye, had told the House on August 14, 2020 that Parliament would come up with a private member's bill to deal with abuses of persons accused of witchcraft before the Second Meeting of the Fourth Session of the Seventh Parliament ended.

The move followed the beating to death of 90-year-old Akua Denteh by some members of Kafaba community near Salaga in the East Gonja District of the Savannah Region after a soothsayer claimed she was a witch.

The Speaker said a consultant had been engaged to draft the bill with highlights including the prohibition or professional witchcraft or wizardry, prohibition against the accusation of witchcraft, participation in the declaration of a person as a witch or wizard and penalty against a chief or headman encouraging witchcraft.

Prof. Oquaye indicated that the law was being pushed by a research institute in Ghana as part of the Private Member's Bill project.

Witchcraft related beliefs and practices have resulted in serious violations of human rights including beatings, banishment, cutting of body parts and amputation of limbs, torture and murder around the world.

Women, children, the elderly and persons with disabilities, particularly persons with albinism, had been particularly vulnerable, and in spite of the seriousness of these human rights abuses, there was often no robust response.

But giving his closing remarks to end the Second Meeting of the Fourth Session of the Seventh Parliament, Prof. Oquaye said he had tasked a consultant on Private Member's Bill to undertake a research for a law to produce a draft bill which would deal with the injustice aspect.

“Recently, we all woke up to a shocking revelation that a 90-year-old woman was beaten to death in public because she was declared a witch by a spiritualist/witch doctor,” he said.

Prof. Oquaye added that the proposed bill, which would come from the research work, would be referred to the Parliament's Constitutional and Legal Committee for further action.

“Notably, African nations such as Zambia, Tanzania, South Africa and Zimbabwe have provided for the laws being proposed,” he asserted.