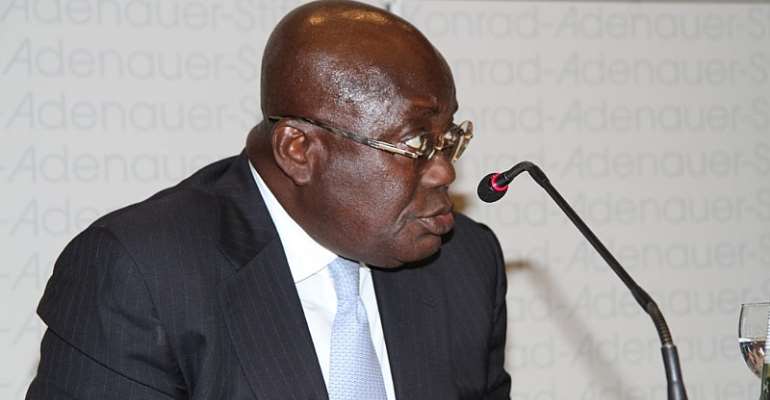 Once upon a time, Mr. William Addo Danquah Akufo-Addo attempted three times to become President of Ghana. When he lost at the second attempt in 2012, he challenged the outcome of the presidential elections seeking a verdict from the Supreme Court to declare him President. Akufo-Addo knew very well that only two Regions namely Ashanti and Eastern regions could not determine the winner of that Election. For close to a year, the final verdict declared by the Supreme Court was that the winner of the 2012 presidential elections John Dramani Mahama legitimately won the elections.

Whilst in opposition, Nana Akufo-Addo and his followers taunted and hounded John Mahama day and night and continually accused him of being corrupt without proffering any evidence to buttress their allegations. Ghanaians finally gave political power to Akufo-Addo in 2016 to govern the country and he has been President for almost 4 years and to date no former appointee of John Mahama have been convicted by any Court for corruption.

Nana Akufo-Addo looked in the eyes of over 30 million Ghanaians believing that we all lacked common sense and clandestinely sought to package our priced ECG national asset for himself and his Akyem Mafia as booty to milk the State for 25 years. In fact, Akufo-Addo ensured that for 7 months ECG was run by his looting brigade squad members who pocketed close to 2 billion Cedis of ECG revenues and are yet to render any accounts to ECG. Nana Akufo-Addo then proceeded to abrogate the PDS/ECG deal and wants Ghanaians to forget about it. PDS was clearly daylight looting and the biggest corruption scandal in the annals of Ghana's history.

I don't think Ghanaians want Ghana to trend on social media as the World's most corrupt nation. Let's stop that now by voting out the corrupt tyrant Nana Akufo-Addo.

We were forewarned by Nana Akufo-Addo's close pal Nana Kofi Koomson. Let's remember that the first fool is a fool but the second..........!

Just reminding you my brothers and sisters.