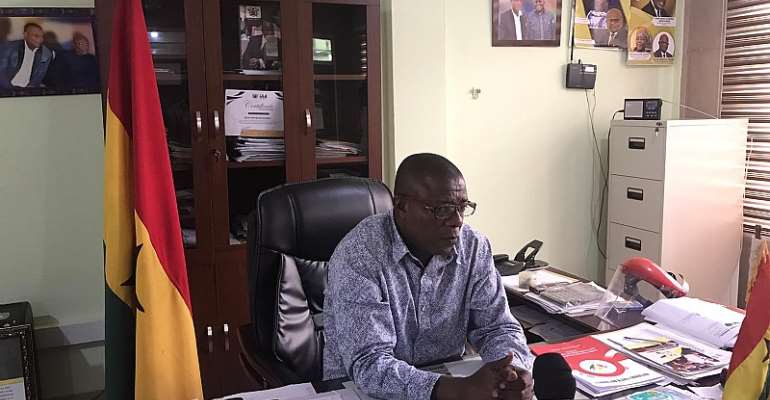 The government of Ghana through the Ministry of Sanitation and Water Resources (MSWR) and the municipal assemblies has begun a nationwide evacuation of community dumping sites to a final site created to hold all waste generated in the various districts in the country.

The exercise began on Monday, October 19, 2020, in Kade, Eastern Region, and was expected to last for 5 days in three major communities in the Kwaebibirem Municipality.

All community dumping sites in the municipality (numbering three) were currently under evacuation to a new final dumping site created purposely to receive all wastes collected in the area.

The evacuation exercise follows the government’s sanitation efforts, in the wake of growing health concerns about the siting of community dumping sites as well as fears of a possible national disease outbreak in the wake of the coronavirus pandemic.

The Municipal Chief Executive of Kwaebibirem Municipal Assembly, Hon Seth Antwi Boasiako, was positive that the exercise will address the health and sanitation needs of the people in the municipality.

According to him, the various communities where these dumping sites were located had raised health concerns, heightened in the wake of the coronavirus pandemic and hence the need to quickly address the challenge to avert any future outbreak, as the rains have begun.

He was thankful to the President and the ministry of sanitation and water resources for their vision in making Ghana one of the cleanest country in Africa, a vision that has led to the current ongoing exercise.

“We are grateful to the President, Nana Akufo-Addo for his visionary leadership and commitment towards the sanitation issues in our community,” he said.

Hon Antwi also indicated that the municipal assembly had put in place strategic measures to ensure that the people do not go back to dumping on the sites.

According to him, the assembly was collaborating with the Jospong Group to ensure that waste was taken from homes in a timely manner.

In addition, the evacuated sites will be put into good use, by giving them out to artisans to work, leading to the creation of jobs and employment for the community.

In line with the President's vision of making Ghana the cleanest country in Africa, the MSWR in collaboration with the district and municipal assemblies in all 16 regions of Ghana on Monday, 19th October 2020 begun the evacuation of satellite dumping sites located in various communities in the country.

This was also in line with the government’s partnership with Zoomlion after the successful construction of various waste recycling plants across the country.

Since the regions will soon have the capacity to process their own waste, it had become necessary to redirect all satellite community dumping sites to a central point where the raw materials for the waste recycling plants could be accessed easily.

The evacuation of these dumping sites was also to safeguard communities’ health and address the growing sanitation concerns due to the various hazards dumping sites posed to the health of communities.

Three popular community dumping sites in the Kwaebiribirem district were evacuated and redirected to a new site.

It is expected that the current evacuation exercise will put to finality the numerous problems associated within community dumping sites located across the country.

We will mourn, celebrate and learn from your life – NDC pays...
46 minutes ago