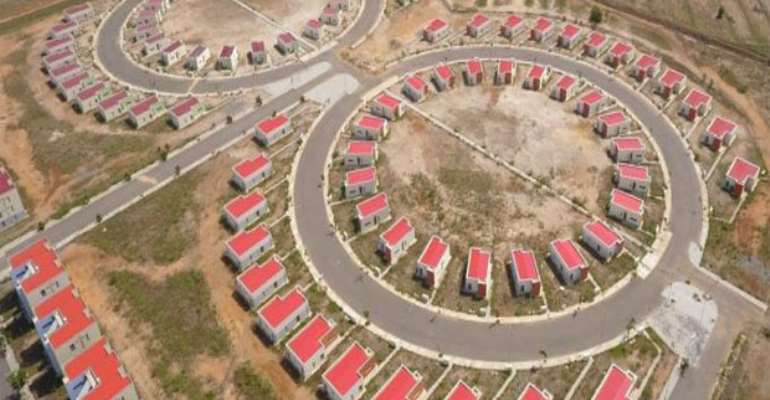 The opposition National Democratic Congress (NDC) has been taken to task for not addressing the Saglemi housing issue in its manifesto.

Leading the attack is the President of the Concerned Voters Movement (CVM), Razak Kojo Poku, who asked why the party's manifesto lied about proving so many houses for the people when the Saglemi housing project failed to achieve its objective.

“We, the members of the Concerned Voters Movement (CVM), want to know why the manifesto is silent over the Saglemi Affordable Housing project which it started in 2012 yet failed to complete?” the CVM stated.

Ghanaians were told that the 5,000 housing facility when completed would be a source of shelter for so many citizens, the CVM recalled.

“Mr. John Dramani Mahama and the so-called People's Manifesto dishonestly refused to capture any aspect of their flagship housing project on purpose,” the CVM noted, adding “the NDC manifesto is inconsistent with its so-called social democrat attribute.”

The CVM said “a large portion of the 143-page manifesto contains hypocrisy, inconsistency and half-baked truths. As a social contract between the NDC and Ghanaians, the document would have been expected to give millions of Ghanaians hope about benefiting from the resources of the country regardless of their social, economic and political background.”

Unfortunately, however, the CVM said “the document contains subtle means of exploiting the ignorance of Ghanaians.The so-called People's Manifesto is a total departure from the social democrat values which it claims to stand for.”

The manifesto, he went on, focuses on championing an agenda of winning the 2020 general election through deceit, selective and exploitative programmes and policies and “'We hereby call on Ghanaians to ignore the lies-laden manifesto.”

“Under Social Housing of the NDC Manifesto page 94, the party presidential candidate, John Dramani Mahama, promises that the next NDC government will, over a four-year (4) year period, roll out an aggressive social housing plan to deliver a minimum of twenty thousand (20,000) low-income houses in all 260 metropolis, municipalities and districts,” the CVM recalled but said “even 1502 he could not deliver.”

Covid-19: Hassan Ayariga under life support after ridiculing...
25 minutes ago

What evil men mean for wickedness God turns it around for go...
40 minutes ago