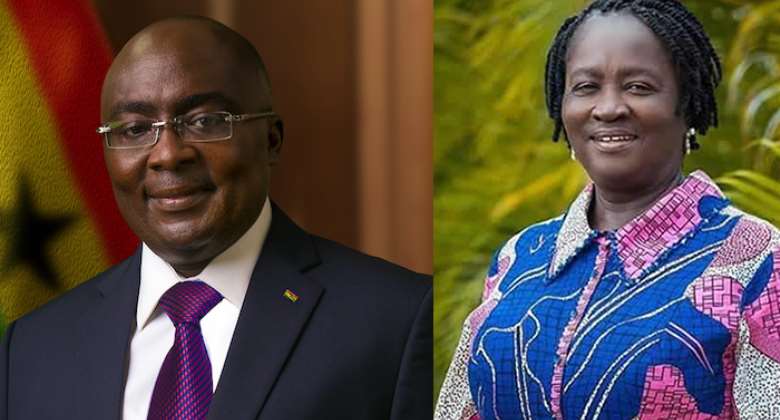 In his paper published in Ghana Journal of development studies, Ransford Edward Van Gyampo (2009) of the department of political science, University of Ghana concluded that presidential debates have negligible role in positively affecting the electoral fortunes of a political party. His paper discussed the unprecedented the presidential debate in 2008 organized by the Institute of Economic Affairs (IEA-Ghana) held in Tamale and Accra, and a survey of 100 people that followed it. However, he recommended that general election preceded by presidential debates consolidate Ghana’s democracy and ensure open dialogue between decision and/or policymakers.

The presidential debates since 2000 have become integral part of Ghana’s electoral process amidst several flaws and challenges, among which is contestations from the political parties, especially the NDC and the NPP. The circumstances and the nature of the contestation determined whether the debate was held or not, and whether the candidate from the incumbent government participated.

Historical antecedents have it that flagbearers of the four main political parties with representation in parliament had all agreed to participate in a presidential debate, and the IEA-Ghana organized one in Accra on October 29, 2008 and another in Tamale on November 12, 2008. The willingness to participate in the debate was across board that election year, including the candidate of the incumbent government, Nana Addo-Danquah Akufo-Addo. That was a departure from the years 2000 and 2004, where the candidate from the incumbent government, vice president JEA Mills refused to debate the other flagbearers of the opposition parties in 2000 and president JA Kuffour withdrew from the debate at last minute (Gyampo, 2009). In the 2012 general election, the incumbent, president JEA Mills refused to honor invitation by the IEA-Ghana to the debate, which became a hot topic in the media landscape, especially, after the presidential candidate of the incumbent government in 2008, Nana Addo-Danquah Akufo-Addo broke the seemingly tradition of the incumbent party not debating the opposition. However, the caretaker president Mahama and the NDC changed their stance after the death of president Mills and two debates were held as it was done in 2008 by the IEA-Ghana. The IEA-Ghana had been the only organization that was known for organizing presidential debates until the candidate of the incumbent government, president John Mahama refused to honor the invitation to the debate in 2016. Consequently, the IEA-Ghana presidential debate was cancelled. The NCCE organized one as proposed by the then NDC government, but the main opposition party, the NPP, also refused to honor the invitation to debate owing the circumstances leading to the NCCE jumping in to organize the debate. Didn’t the NDC know history will be repeated if they called for a debate? They could not have such a short memory; they only did that for a purpose.

The next general election is December 7, 2020, but to debate or not to debate, has become another hot topic as it was in 2000, 2004 and 2012. However, in 2020, neither IEA-Ghana nor any civil society organization called for a debate, but surprisingly, the former president and the main opposition leader has called for debate on infrastructural development by the NDC and NPP. The reason behind the former president ignoring the culture and processes of organizing presidential debates in Ghana has remained a topic among various political analysts. Mr. Kweku Baako, ace-journalist and editor-in-chief of the New Crusading Guide newspaper, who is quite experienced in political affairs in the countries has added his opinion as to why former president Mahama and presidential candidate of the opposition NDC could take that move to jeopardize that culture of a neutral organization inviting the presidential candidates to debate each other. He suggested that, perhaps, the former presidential knew well that his action would meet a stiff opposition from his political rivals leading to a no-debate.

According to Kweku Baako, that could be smart way to avoid a debate. This is certainly also a well-calculated way to avoid a vice presidential debate between Vice president, Dr. Mahamadu Bawumia and the NDC’s vice presidential candidate, Prof. Naana Jane Opoku-Agyemang. That aim has been achieved, because there is no debate preceding election 2020, and Prof. Opoku-agyemang, who was the former education minister for the immediate past NDC government has avoided the embarrassing moments she could have suffered from the hands of Dr. Bawumia as her predecessor, late Amissah-Arthur suffered. She has equally avoided how questions on teacher and nursing training allowances that was cancelled under her as a minister could have embarrassed her. She would not also need to have face-to-face encounter with Dr. Bawumia on cancellation of research allowance, lack of chalk in basic schools, paying teachers only three months’ salary for three years work. Progressive free SHS arears, failure to build 200 E-blocks in 4 years as promised and failure to employ teachers for years under her tenure as education minister are other issues Prof. Opoku-Agyemang has avoided to debate Dr. Bawumia on. She could not have been able to defend her handing over notes either. The NDC has outsmarted many to believe that they needed a debate so much, but they are happily celebrating a no-vice-presidential-debate.

As matter of principle, no political party including the NPP and the NDC do not go to debates called by their opponents, oppositely to the IEA-Ghana traditionally followed process to organize presidential debates. Knowing this very well, the NDC presidential aspirant, former president John Dramani Mahama clandestinely made a proposal for debate, but actually prayed for the opposite. The IEA-Ghana had traditionally followed a process to organize the presidential debate. First, the various presidential candidates are written to for their consent. Second, the IEA-Ghana issues press statement after receiving the consent of the presidential candidates in a reply to their letter. Third, other civil society organizations are written to for their questions to the presidential candidates. Finally, all stakeholders are engaged on venue, dates and so on, in the final lapse to hold the event. The NDC circumvented these processes to a debate with a hidden agenda. An agenda of craftily killing the spirit of a presidential and vice presidential debate, even before the IEA-Ghana or any other civil society organization could organize it. The debate is killed and the NDC’s vice presidential candidate is saved. President Akufo-Addo and former president Mahama debated each other in 2012 and another one in 2020 would have been only a re-match. The much-anticipated debate, however, would have been the one between Dr. Bawumia and Prof. Opoku-Agymang, which many political analysts had already predicted an embarrassment for the professor.

Our SinoHydro road projects has silence NDC, when we talk th...
18 minutes ago

Let's go on our knees and pray for Akufo-Addo for God's inte...
45 minutes ago