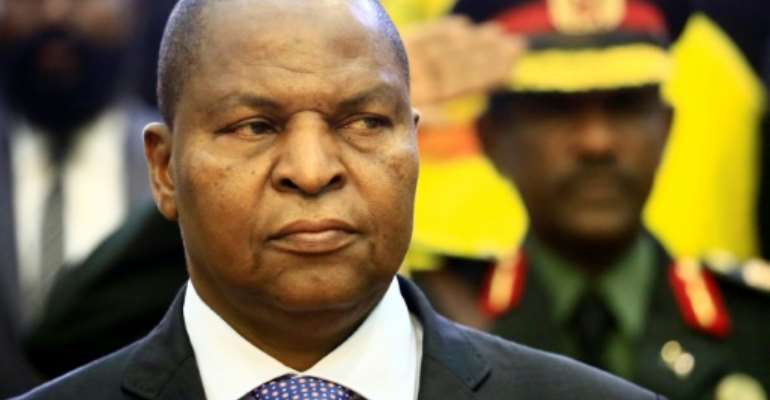 Faustin-Archange Touadera initialled a peace accord with militia groups in 2019. By ASHRAF SHAZLY (AFP/File)

Central African Republic President Faustin-Archange Touadera announced Saturday he would run in the December election in the country ravaged by more than seven years of civil war.

Touadera, 63, was elected in February 2016 with two-thirds of the vote, but has since struggled to stem vicious intercommunal violence in the poor, landlocked nation where militia groups control two-thirds of the territory.

Violence remains entrenched in the Central African Republic despite a peace accord signed in February 2019 between the government and 14 armed groups, which often claim to defend the interests of specific communities or religions.

In 2013, the Seleka, a rebel coalition drawn largely from the Muslim minority, toppled then-president Francois Bozize, plunging the CAR into a spiral of violence which has forced nearly a quarter of the country's 4.7 million people to flee their homes.

Bozize, who has been back in Central African Republic for a year, will be Touadera's main rival in the December 27 election if his candidacy is validated.

Uncertainty lingers over whether the elections will be held in the planned time frame, as significant delays have emerged in the organisation of the poll including the registration of voters.