If Ex-President Mahama is not deliberately insulting our intelligence, what is it? 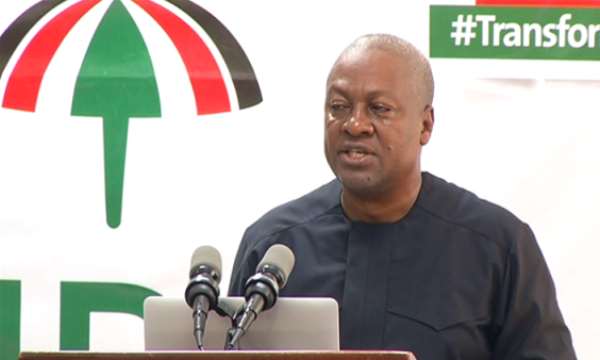 With all due respect and no attached condescension whatsoever, former President Mahama’s recent weird and sustained pronouncements, in fact, give oxygen to our long-held conviction that some of our politicians have a penchant for propagating vile propaganda with a view to scoring cheap political points.

If that was not the case, dearest reader, what else would motivate former President Mahama to aim accusing fingers at his successor, President Akufo-Addo of deliberately leaving the infrastructural projects initiated by the previous administration to rot?

The fact, however, remains that President Akufo-Addo and his NPP government are enthusiastically completing most of the uncompleted infrastructural projects initiated by the erstwhile NDC government.

Take, for example, the 8 regional hospitals in various locations across the country and the 500-bed military hospital in Kumasi, prudently initiated by former President Kufuor in somewhere 2008 and graciously continued by Mills/Mahama administration, are gratifyingly being completed by the current administration.

It is also true that Ex-President Mahama committed the same “crime” he is accusing President Akufo-Addo and his government of allegedly committing.

Indeed, Mahama wilfully abandoned most of the projects former President Kufuor commenced, among other things, ‘Sofoline interchange (Kumasi), all the affordable housing projects, the mini dams meant to provide electricity to small towns, and many other abandoned projects started by the previous NPP government.

Isn’t it therefore hypocritical on former President Mahama’s part to seek to exonerate himself from blame?

Kwame Sefa Kai of the Peace FM Kookrokoo political show should come for his ‘stone’: ‘indeed, ‘Ghanaian politics is saturated with dishonesty and hypocrisy’.

Whatever the case, it is always dangerous to hurl stones at your opponent from a glass house.

Again, what is the essence of preaching virtue and practising vice?

I am afraid, the only euphemistic diction to describe whoever preaches virtue and practices vice is: ‘hypocrite’.

Dearest reader, tell me, apart from seeking to score cheap political points, what else would motivate the opposition party communicators to unblushingly go all out to convince the good people of Ghana into believing that the incumbent government has not implemented a single 2016 Manifesto promise?

In fact, I find it extremely difficult to comprehend how and why any political party worth its salt would persistently resort to vile propaganda with the view to winning political power.

It would appear that Mahama and his teeming supporters are taking the good people of Ghana for granted.

Dearest reader, tell me, How can a political party, seriously vying for power keep criticising the government in power without proffering any alternative solutions to the problems?

Take my word for it, dearest reader, it is an undeniable fact that the incumbent NPP government has not been able to implement all its 2016 Manifesto promises.

It is also true that since assuming power 30 months ago, the NPP government has rolled out an encouraging number of Manifesto promises to the delight of the vast majority of Ghanaians.

There is no denying or ignoring the fact that flagship programmes and policies such as the Free SHS, One District One Factory, One Village One Dam, One Million Dollar per Constituency, Planting for Food and Jobs, Planting for Export and Rural Development, Rearing for Food and Jobs, Tax reductions, amongst others have been rolled out to the delight of the vast majority of Ghanaians.

Given the circumstances, it is quite patronising for former President Mahama and the opposition NDC communicators to seek to hoodwink the good people of Ghana into believing that they are not benefiting from the policies and programmes of the incumbent NPP government.

After all, the good people of Ghana have the minds of their own, and therefore do not need the intervention of anyone before deciphering between ‘water and alcohol’.

In ending, Mahama and his vociferous NDC communicators must stop insulting the intelligence of Ghanaians and put forward alternative policies and programmes.