By Oluchukwu Precious Obioma - The Conversation 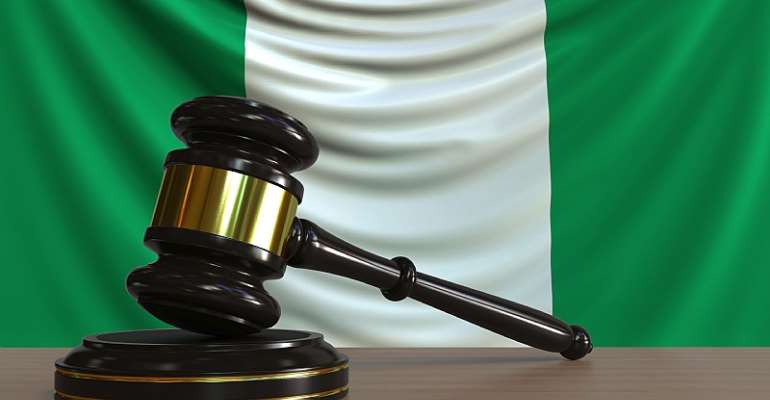 An unregulated economy leaves the economically disadvantaged at the mercy of the rich and powerful - Source:

Competition laws protect consumers and create confidence in an economy. It's a signal to investors and entrepreneurs that a market is fair and open. And the reward for countries that regulate competition is that on average they produce more value per capita than others.

In Nigeria the competition law regime has been inadequate compared with its economy's size and complexity. It hasn't had a comprehensive law addressing anti-competitive trade practices like monopoly, price regulation and abuse of dominance.

The government previously had a monopoly over certain key sectors of the economy, such as telecommunications and electric power. After these were largely privatised, anti-competitive activities remained evident. These raised entry barriers, limited innovation and reduced quality in the market.

After earlier unsuccessful attempts , the Nigerian government has now enacted a national competition law, the Federal Competition and Consumer Protection Act 2018 . Our research looks at how effective this is likely to be in creating a fair and efficient market that benefits Nigerian businesses and consumers alike.

Lack of competition regulation created outright dominance of a few players in some industries.

In television, for example, DStv Nigeria was able to control pricing mechanisms. Between 2009 and 2017 , prices increased eight times.

A major cement producer, Dangote Cement , is said to have forced the market cement price up in 2017.

Similarly in telecommunications, MTN has been accused of undermining competition. .

Competition exists when no single buyer or seller can control the price in the market. This occurs when there are enough agents active in the market. New agents can enter the market if they want to and price is thus determined by the market as a whole.

The Act provides rules to minimise market distortions across all sectors. It also ensures that fair play is respected. It prohibits unfair business practices that are likely to reduce competition and lead to higher prices, reduced quality or levels of service, or less innovation.

But there are some issues that could affect the new act's efficiency. One is the domination of the Act over sector specific competition legislation. The advantage is that it brings a uniform perspective and jurisprudence to competition issues in Nigeria. On the other hand, some competition issues are sector based. This is why various government agencies have standards and laws for regulating competition in their specific sectors.

For example the Nigerian Electricity Regulatory Commission regulates the electricity sector while the Nigerian Communications Commission deals with the telecommunication sector. The Securities and Exchange Commission regulates the capital market and the Central Bank of Nigeria oversees banking. The domination of the Act over sector specific legislation has the tendency to create an overlap and interfere with the roles and functions of these agencies.

To guard against this power tussle, the Act allows for negotiation of agreements with sector specific regulators. It's also possible to harmonise regulations to resolve any inconsistencies in enforcement.

The Federal Competition and Consumer Protection Commission was set up to administer and enforce the Act. It can also conduct quality tests on consumer goods as it deems necessary. It can compel makers and suppliers to certify that they have met all standards for goods and services, and warn of any health hazards. These powers are similar to those of the Standards Organisation of Nigeria and the National Agency for Food and Drug Administration and Control. There is an overlap of function and authority, so all these agencies will have to work together.

Another issue is funding of the new regulatory regime. Rather than depending exclusively on budgetary allocation, a better way of funding could have been through a combination of different sources such as general revenues, fees or fines. This would make it more difficult for any single source of funding to dominate the budget and influence the Commission's activities.

The new Act is applicable to certain conduct outside Nigeria. This could bring up questions about whose laws apply. To clear up any ambiguity, Nigeria should publish the procedure for applying its competition law internationally.

The new competition law has given a lot of powers to the new, untested Commission. It will have to be staffed by professionals who are knowledgeable in antitrust laws, economics and intellectual property and representatives of the various sectors of production.

The importance of the legal framework for competition regulation in Nigeria cannot be over emphasised. An unregulated economy leaves the economically disadvantaged at the mercy of the rich and powerful.

That is not only dangerous to the economy but also dangerous to democracy. This is the case in Nigeria today as the nation is sliding into a two-class society: rich wealth hoarders and impoverished workers .

Oluchukwu Precious Obioma does not work for, consult, own shares in or receive funding from any company or organisation that would benefit from this article, and has disclosed no relevant affiliations beyond their academic appointment.