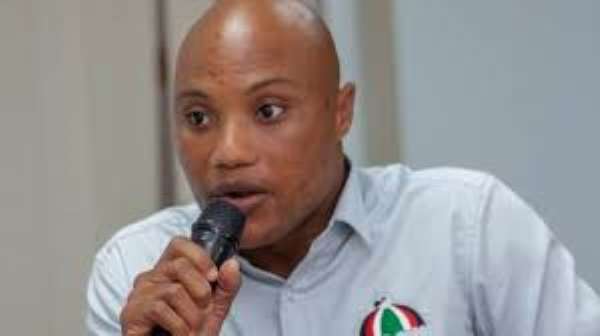 Contrary to New Patriotic Party Member of Parliament for Suame, Majority Leader and Minister for Parliamentary Affairs, Osei Kyei Mensah Bonsu's jaundiced legal edict that John Mahama's promise to expand free SHS to private Senior High School is unconstitutional, his government is clandestinely attempting to fruitlessly do the opposite.

Having wasted almost four years in office without any deep thinking into how to better the poorly implemented free SHS and sensing that the promise in NDC's People's Manifesto is causing irreparable electoral havoc to the NPP's already precarious chances of retaining power, the chatty Minister responsible for Education, Dr Mathew Opoku Prempeh, over the week hurriedly invited the National Executives of Ghana National Association of Private Schools to discuss how to extend free SHS to private schools as promised in the NDC's manifesto.

At the meeting, the Education Minister, sources disclosed, spoke deceptively about how it had been the intention of President Akufo Addo and his government to extend free SHS to private schools. He was alleged to have said the idea to extend the policy to private schools was an NPP policy they intended to role out but covid-19 scuttled it.

The Minister is alleged to have pleaded with the National Executive of GNAPS to corroborate a statement the Ministry intends to issue within the week to suggest that stakeholder consultation started on extending the policy to private schools long before Mr Mahama and the NDC constituted their manifesto committee. Another source at the meeting also said there was suggestion that the Ministry will draft a press statement for GNAPS to dilute Mr Mahama's promise.

The Minister was reported to have said, starting from the next academic year, the NPP will implement the policy of extending free SHS to private senior high schools. Deep throat sources at the Education Ministry said since the NDC outdoored it's manifesto, there has been pressure on the Ministers at the Education Ministry, particularly Prof Yankah who President Akufo Addo thought could bring to bear his expertise in academia to better the flagship policy.

The NDC's manifesto has badly exposed the unthinking nature of President Akufo Addo's elephant size ministers. They have in recent times been busy trying to hurriedly implement promises in the NDC's manifesto. Already, the Transport Ministry is struggling to convince Ghanaians that it started stakeholder engagements on legalizing Okada for commercial use long before it was promised in NDC's manifesto. Unfortunately for Akufo Addo's appointees at the Transport Ministry, the President, the Vice President, the Majority leader, the Party's Director of Communications, Assin Central MP, Sekondi MP and other leading members of the Party came out to castigate Mr Mahama when he first hinted of his Party's plans to legalize and regulate Okada when elected. To these people, the former President lacked vision and ability to think outside the box to adopt innovative ways of providing employment for the teeming youth. Just when the NPP realized that the 'okada promise' was a masterstroke, the Transport Ministry hurriedly said it had been engaging to legalize it.

May Ghanaians have since questioned the credibility of the Minister of Transport especially when there could not have been such engagements without the knowledge of the President, Veep, Majority leader, Party's Director of Communications and others. If indeed, there was such stakeholder engagement before NDC launched it manifesto, the President, Veep, majority leader and others would have come out to say it and not chastise Mr Mahama for being populist. Again, officials of the Transport Ministry have been trailing the leadership of Okada Riders Association of Ghana with a press statement to announce that they were aware of consultations to legalize Okada as far back as 2019.

I lied that you contracted covid-19, you didn’t also chop co...
29 minutes ago