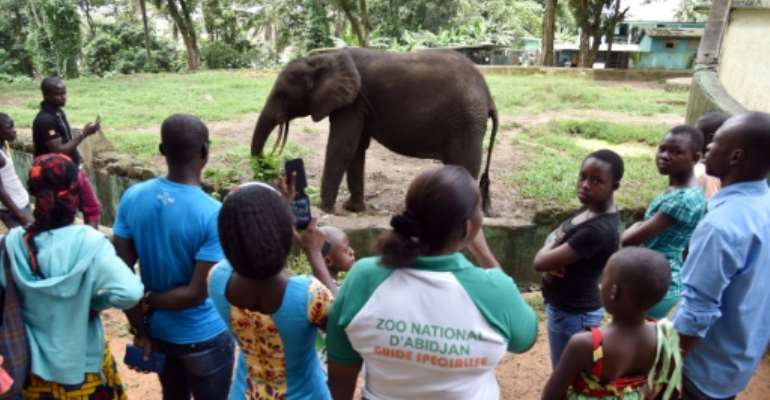 The zoo is struggling with rundown facilities and lack of funds. By SIA KAMBOU (AFP/File)

Abidjan's zoo has been closed after a hyena escaped its cage and briefly wandered the streets of West Africa's economic capital, the Ivory Coast government said.

"Abidjan National Zoo has been closed for an audit," the ministry of water and forests said in a statement late Tuesday.

A hyena which had escaped from the rundown zoo that afternoon "was recaptured without difficulty and returned to its enclosure," it added.

The hyena was seen walking between buildings and cars in the neighbouring district of Las Palmas, but did not attack anyone.

The incident comes after images were posted on social media of a famished lion at the zoo, along with accusations of ill treatment.

The ministry, which oversees the zoo, replaced its director last year and launched a programme of refurbishment.

"There has been a series of events and problems," a ministry spokesman told AFP.

"We have closed the zoo for an audit which should last a month. We hope to get support from international partners but we are going to continue the (refurbishment) work. The audit should provide us with further information," the spokesman said.

The zoo says it has 350 animals, mainly lions and elephants. Before the closure, it was regularly visited by schoolchildren and featured on tourism guides despite its battered installations.