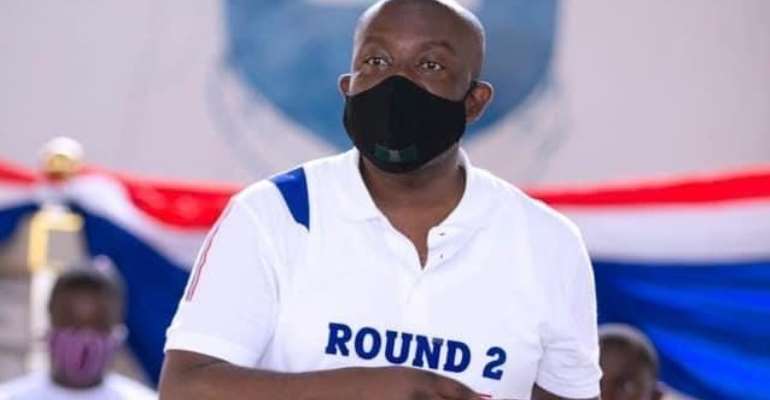 Information Minister, Kojo Oppong Nkrumah has asked Ghanaians to make their judgments based on the track records of both the governing New Patriotic Party and the opposition National Democratic Congress.

The Minister says Ghanaians are best placed to compare track records and the credibility of promises made by leaders of the two main political parties.

Mr. Oppong Nkrumah speaking at a press briefing in Kumasi, on Tuesday, September 8, 2020, noted that the debate should be centred on performances and not just the number of promises.

“We have somebody who from 2008 said he will do Free SHS and has done it. He now says he will give student loan options for students to have tertiary education literally on credit and pay for it when they get a job. Does that sound like a credible promise? I dare say yes because he has done the first part, so he is credible. The first part of your manifesto is the credibility of your track record.”

Oppong Nkrumah argued that: “Having seen how he [John Mahama] managed the economy previously, and he coming back to say that the first pillar of his manifesto is to restore the economy and cure poverty, we have seen how he did it in the last four years,” and cannot be trusted to turn the economy around.

Mahama not a promise keeper; reject his campaign messages

The NPP had earlier advised Ghanaians not to believe any of the campaign promises made by the National Democratic Congress ahead of the upcoming polls.

According to the NPP, the opposition party can never be trusted with the country's transformation given its poor performance and record in the past.

At a press conference on Monday, September 8, 2020, the Deputy Campaign Manager of the NPP, Mustapha Hamid, pointed out that the Akufo-Addo government's superior track-record should be enough justification for the rejection of the NDC and its flagbearer, John Dramani Mahama.

“Whereas the NPP has significantly transformed the lives of Ghanaians through the implementation of impactful policies, the NDC has proven to be incompetent at introducing life-changing policies let alone implement them successfully. While President Akufo-Addo in less than four years has proven to be a promise keeper through competent and decisive leadership, John Mahama has demonstrated he lacks the credibility to fulfil the promises he makes to Ghanaians.”