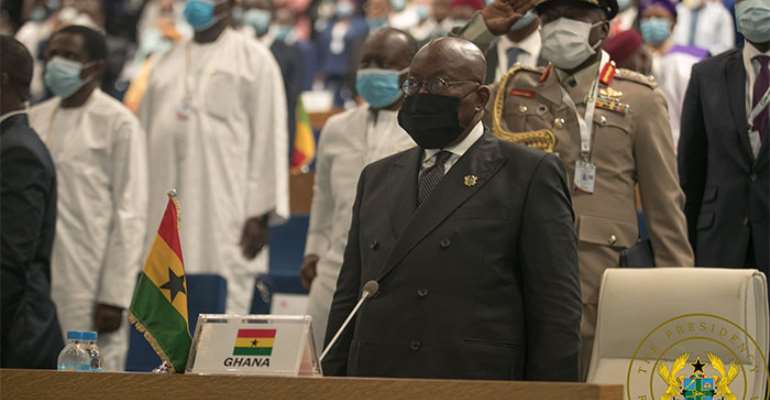 The New Patriotic Party (NPP) has congratulated President Akufo-Addo on his election as chairman of the Economic Community of West African States (ECOWAS).

Mr Akufo-Addo was elected on Monday, September 7 in Niamey, Niger, taking over from the Presidential of Niger.

In a statement signed by its General Secretary, John Boadu, the NPP says the election of President Akufo-Addo, which was done unanimously by his peers at the 57th extraordinary summit of the subregional bloc, to lead the sub-regional organization, is a testament of the great leadership acumen he has amply demonstrated over the years particularly in this period of global health crisis occasioned by the Covid-19 outbreak which has shuttered the world economy and destroyed livelihoods.

“It would be recalled that at the time the world was clamouring for leadership in order to come to terms with the devastating impact of this pandemic, President Akufo-Addo, who is also the 2020 Flagbearer of the NPP, rose to the occasion and showed the way through his award-winning inspirational words and deeds that got the whole world talking. Almost every world leader hailed President Akufo-Addo for the leadership he had shown in this period of global health crisis,” it said.

“It is also worth pointing out that this meritorious honour conferred on the President of the Republic, is a vindication of the sterling performance of his government in delivering on its social contract with the Ghanaian people and transforming the Ghanaian society for all. It has indeed been three and half years of socio-economic transformation and visionary leadership from President Nana Addo Dankwa Akufo-Addo,” the party says.

“Once again, the Party congratulates His Excellency the President of the Republic for yet again making Ghana proud and wishes him the very best in his leadership of the sub-regional organization,” according to the statement.

Group demand justice for Fulani who died under mysterious ci...
41 minutes ago