Stop Talking Dagbon Issues, You Know Nothing About The Restored Peace In Dagbon – Obiri Boahen To Mahama 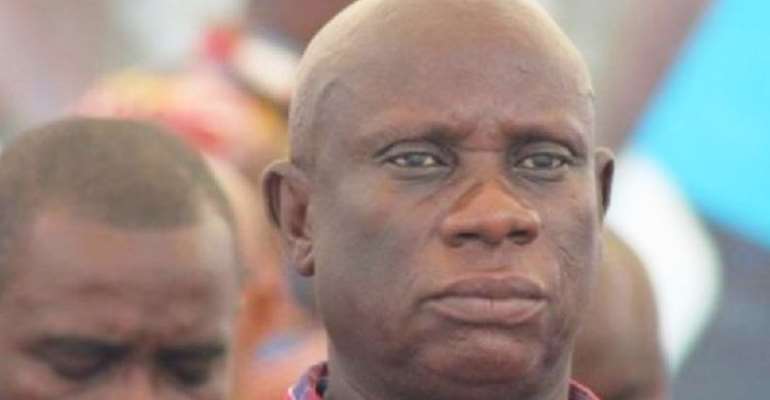 The Deputy General Secretary of the New Patriotic Party (NPP), Nana Obiri Boahen says the former President John Dramani Mahama and the opposition National Democratic Congress (NDC) made no input in processes that led to the restoration of peace in Dagbon.

The coronation of the new Yaa-Naa Abukari Mahama II on January 25, 2019, brought an end to nearly two decades of conflict in Dagbon over the skin.

The conflict dates back to when Yaa-Naa Yakubu Andani II was murdered in March 2002 after an eruption of violence during the Yendi traditional fire festival.

Vice President Dr Mahamudu Bawumia had asked the people of Dagbon to vote for President Nana Akufo-Addo as a reward for bringing peace to the area after years of protracted conflict.

Speaking at a meeting with the overlord of the Dagbon traditional area, Yaa-Naa Abukari Mahama II, Dr. Bawumia called on the Dagbon land to fulfil the perceived obligation and vote for the NPP.

“The Dagbon people, the Northern people and Ghanaians as well are indebted to Nana Akufo-Addo for bringing peace to Dagbon and once you owe somebody a debt, you should pay it,” the Vice President said.

“The people of Dagbon will pay that debt on December 7 by voting massively for him and the NPP government,” he added.

Also speaking in the Upper West Region on Friday, former President and flagbearer for the opposition NDC, John Mahama insisted that his party played a role in the peace the people of Dagbon enjoy today.

But responding to this on Eyewitness News, Nana Obiri Boahen said the assertion by the former president is untrue.

“You cannot talk about peace in Yendi and strike my name out. In December 2019, I had to spend the night at Yendi. As for former President Mahama and his MPs, they know nothing about it. President Mahama today is talking about peace in Yendi. When they were performing the funeral rites of the late Yaa-Naa Abdullai, the current NPP Regional Chairman was present. No member of NDC showed up nor participated. So as for the NDC, they should stop talking about Dagbon issues.”