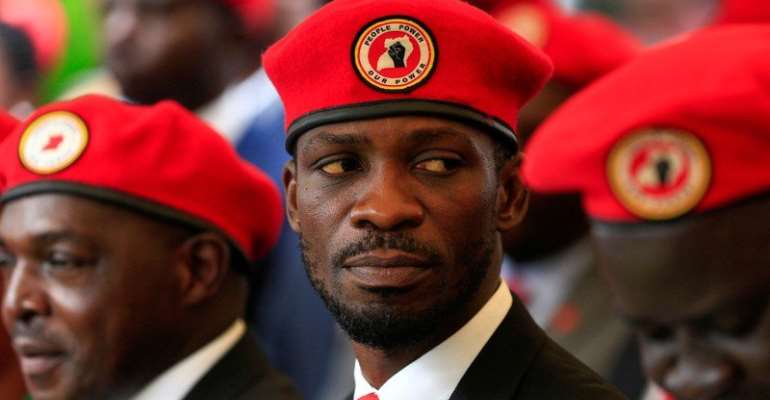 Whenever I am accused by someone of something, I try to ask myself if there is any truth in this accusation before getting upset about it. Clearly many of the things of which we are accused are absolutely ludicrous. No need to list them here but there was one I wondered about and I think it is more to do about people’s perception of our view than it is with the real truth. Andrew Mwenda accused me and three others of being behind the pseudo account, Tom Okwalinga, which was not true, but some people still think I’m part of it principally because some of my views align with those of Tom Okwalinga.

Nevertheless, it is perceptions that create opinions that win votes. For instance, Lawyer Male Mabirizi has threatened to take Bobi Wine to court over his dishonesty about his real age. He has been giving live Facebook videos, holding press conferences, posting various documents about this issue, and I’m pretty sure he has already convinced some people that Bobi is a liar who cannot be trusted by anybody.

Bobi, in turn, has given a press conference showing that it was his father who changed his age from 1982 to 1980 to allow him to sit for his Primary leaving Examinations, since he had jumped a class. This is something unusual for a parent to do because I do not see anything wrong with a kid jumping a class and sticking with the same age, but who knows.

Personally, I think a declaration of facts confirming his age to 1980, not 1982, would have saved him a lot of problems than an affidavit doing otherwise. It's ok to be 40 plus, and I do not know why he has a problem with it, after all, most kids born in the 1970s and 1980s don’t know exactly when they were born.Legally, I cannot see Mabirizi winning this, but in the eyes of the public court, I think Mabilizi has already done his damage, if that’s what he intended. Perception is important in politics!

It is easier, in fact, to alter the public’s perception of opponents than winning a court case. If, for instance, I ,methodologically, tell people that Dr. Kiiza Besigye is a mole working for Museveni, it's more damaging to Besigye than any court case against him, and, indeed, it was when Bobi’s supporters used it against him in a quest to sell their candidate. The media and bloggers belonging to NUP, through misleading information, have created a perception gap.

The problem for politicians is that how they are perceived is not always within their control. How we perceive things depends on our level of consciousness and, yes, perception creates our own reality.

Reality is not directly relevant for political outcomes. Only people’s opinions (based on perceptions of reality) are relevant. For example, during America's 1st TV debate, Nixon was seen sweating on TV despite his good points, while Kennedy was charming despite the rubbish he uttered. Those who watched the debate on TV, and there were the majority, voted for Kennedy instead of Nixon. Those who listened to the debate on radio thought Nixon did well, but he lost the election.

Similarly, Bobi’s past, especially the drug addiction thingy can only affect him mainly among the elderly and elites, who are the minority, but it still affects him. Uganda has the youngest population in the world, but most youngsters don't vote. In fact, 60% of our population are below 18 years old. I remember attending Dr. Paul Ssemogerere 's rally in Kangulumira in 1996- I was an early teen, claiming to support him, but I couldn't help his case in any way. In addition, a lot of youngsters have been looking at Bobi as their generational leader, and that is how he sold himself, and I guess that is why he is sticking with 1982 as his year of birth. Now, suddenly, some see him as an above 40, and something changes in the way they perceive him-- it doesn't matter if Mabirizi wins the case or not.

Throughout history, the mythology of civilizations around the world has been full of tales of men and women who mastered a mysterious, esoteric art which enabled them to use language in a way that bends reality to their will. They’ve been called wizards, witches, magicians, sorcerers, warlocks or enchanters, and the utterances they speak have been known as spells, magic, incantations, conjurations or enchantments, but the theme is always more or less the same: a member of a small elite group with the ability to voice special utterances which shape reality according to their will in a way that transcends the mundane mechanics of this world. Reality is determined by the narratives that are routinely fed into our minds. Those who control all narratives own our interpretation of reality.