IGP Will Have Independence Under My Gov't – Marricke Gane 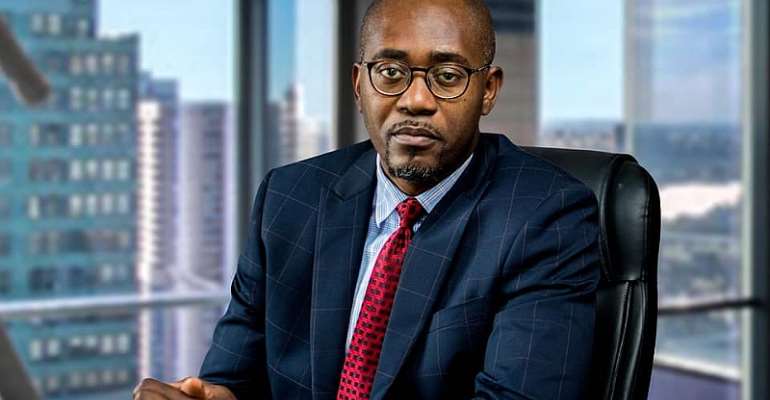 Marricke Kofi Gane, an independent presidential aspirant for the 2020 general elections, says when given the mandate in the December 7 polls, the Inspector General of Police (IGP) will have complete independence to operate.

The IGP, he explained, would not be appointed by the President but by a competent and independent committee to enable him or her to operate independently to strictly enforce the law and fight to reduce corruption.

“With law enforcement, an independent IGP can proceed to arrest anybody found culpable to the law as the IGP will not owe any political party or government an allegiance.”

Corruption, he said, had become endemic as people did not see those involved getting punished.

“We have a three angled-approach to that, Catch the people, punish them but let the punishment be more than what they engaged in so that they learn from that and then recover everything they have stolen and more,” Mr Gane said in an interview with the Ghana News Agency.

With the campaign tagline, “Gane4Ghana”, the Independent movement has developed a framework to ensure that with every money his government or anyone assigned with a responsibility uses, they are accounted for and charged to deliver quality for money.

The framework shows commercial, financial, economic, strategic, and social justification for every money that is to be spent, he said.

Mr Gane said some suspected criminals were still hovering around freely probably because prisons were congested or because some persons in authority were behind their operations, and, therefore, were reluctant to let the law take its course.

When given the mandate to lead and serve the nation, the Independent Aspirant said, he would ensure that more prisons were built and that state farms were constructed for prisoners to work and produce foods for sale to generate funds for the state and to feed schools.

This, he believed, would encourage the prisoners to get into agriculture production after being released and the government would sponsor them to boost the agriculture sector.

He said prisoners needed to be corrected and made productive before being released back into society.

The Presidential Aspirant said when given the mandate, he would ensure that the nation gets a centralised citizen identification system, where every citizen would get one identification card to access healthcare, financial services among other services.

This would make it easy to track people and instill confidence in the business community to deal with their clients.

When it comes to graduate unemployment issues, the Gane4Ghana Movement intends to promote the teaching based on competency and not just theory.

The competency-based teaching will enable students to use systems, machines, equipment, software that are available in the industry, to prepare and instill confidence in them before completing school.

“Many people either struggle to get jobs after completing school or are unable to deliver to industry, based on the theory they learnt in school. For me, what it means is that we need to fundamentally change our educational system,” Mr Gane said.

The Movement also wants to encourage entrepreneurship training in schools to enable students to start-up businesses of their own when they don't secure jobs.

For the Presidential Aspirant, another area he has a key interest in is to strengthen decentralisation to promote equal distribution of developmental projects.

People with criminal records and convicts would have their data recorded on a database for at least five years to make members of the public exercise more caution when dealing with them.

“For instance, if your child comes to tell you that my teacher is this person, you can quickly get onto the database to key in the teacher's name to find out if he has any known record of defiling a child or rape, and that will let you know what to do to protect your child.

“I believe that will get people to think twice about any criminal or illegal act they intend to indulge in,” he said.

“I am the best candidate to lead this country and among the reasons are that I have not been tinted or coloured by the NPP or NDC, and all I intend to do is to work with competent people no matter where they belong,” Mr Gane said.