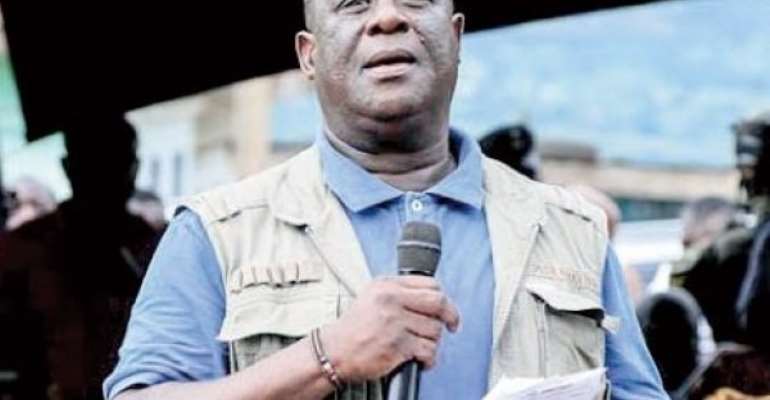 The total number of roads under construction by President Akufo-Addo's government within its three and half years of office is unmatched in Ghana's political history, Mr Kwasi Amoako-Atta, Minister of Roads and Highways has said.

Throwing a challenge to all to fact-check his claims, he stated that the Central Region alone, had a total of 109 road infrastructural projects on going.

The Roads Minister was speaking at a grand durbar of Chiefs and the people of Twifo-Attimorkwa to welcome the President Nana Addo Dankwa Akufo-Addo as part of his three-day working visit to the Central Region.

The move is geared towards opening up the Region to attract and retain local and foreign investors and to give strong support to trade and industry to befit its status as the tourism hub of Ghana.

Mr Amoako-Atta who is also the Member of Parliament for Atiwa West revealed that more than 5,700 kilometers of roads made up of 109 different road projects were being worked on, adding that 198 will be added soon.

In all, the Region has a total road network of about 5,695kilometers, with 1,156 being handled by GHA, while 3,150 and 1,390 were being “executed by the Department of Urban Roads and Feeder Roads respectively.

He said the projects running into several millions of Cedis were funded by the government of Ghana and loans and grants from multi-pool donor agencies.

He said the massive road construction was a manifestation of President Akufo-Addo's declaration of this year as “ the year of roads, adding that quality roads were critical in connecting cities, facilitating trade, and attracting and retaining investments, hence the government's commitment to invest heavily in that sector.

On the "condition of roads," the Minister said about 1,376 kilometres representing 24 per cent of roads in the Region were good, 2,013 kilometres, representing 36 per cent, were fair as against 2,217 being poor.

Giving the state of road infrastructure, the NPP administration met on the assumption of office, he said only 23 per cent of the country's total road network of over 78,000 kilometres, were bitumen surfaced, while the remaining 77 per cent were not tarred.