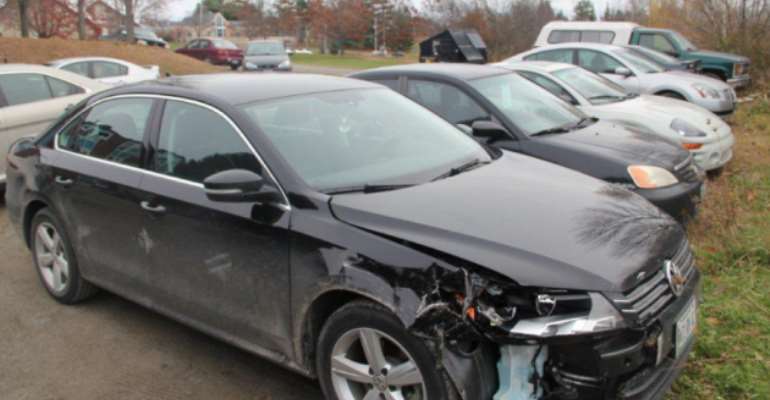 The law banning importation of accident, over-aged and salvaged cars takes effect from November 1, 2020. This stems from the Parliament of Ghana passing the Customs (Amendment) Bill, 2020 an amendment of the existing Customs Act, 2015 (Act 891) last March.

The amendment bans the importation of accident and salvaged motor vehicles comprised of wrecked, destroyed, and those physically damaged by collision, fire, flood, hail, or other occurrences into the country.

The rationale for the Customs (Amendment) Bill 2020 seeks to provide incentives for automotive manufacturers and assemblers registered under the Ghana Automotive Manufacturing Development Programme (GAMDP).

According to a Bloomberg report, used cars make up about 70% of vehicle imports. The 70% is comprised of used, accident, overage, and salvage vehicles that are imported into the country, are mostly from the United States and Canada.

It is estimated that the importation of used vehicles contributes about 40% to Ghana’s economy through import duty and levies. Embedded in the import duty include National Health Insurance Levy (NHIS) and ECOWAS levy enabling many Ghanaians to access healthcare.

A recent survey conducted indicated that about 92.5% of Ghanaians cannot afford brand new or pre-owned vehicles. In effect, many Ghanaians rely largely on over-aged, accident, and salvaged vehicles that are often imported into the country, fixed, and sold.

While the importation of these vehicles generates huge revenue for the country, it also creates employment for many citizens through a myriad of ways. For instance, the autobody shops, electricians, mechanics, sprayers, and detailers all benefit from the importation of accident and salvaged vehicles in one way or the other.

Unarguably, spare parts importers depend largely on these accident/salvaged vehicles to sell their parts. Therefore, a total ban on these categories of vehicles will exacerbate the already ailing unemployment situation in Ghana and will deprive many families of their daily livelihood. It is estimated that the ban could trigger about 30% unemployment in the country.

The government argues that assembling cars in Ghana will boost the economy and provide jobs for Ghanaians. I dare say that perhaps only a few Ghanaians have the requisite skills to gain employment in this sector. Consequently, the foreign companies will employ their own and not Ghanaians and they stand to benefit in the process.

It is not clear whether the government has taken into consideration the huge loss of revenue the ban will cost since the importation of accident and salvaged vehicles contribute immensely to the economy. The government could have gone ahead to provide incentives for the foreign car dealers while allowing the local importation continues.

Apparently, other goods are usually shipped alongside accident vehicles being shipped to Ghana. The ban means that, many Ghanaians abroad who ship barrel goods may no longer be able to do so since hiring a container can be very costly.

The US and Canada where cars are manufactured from the scratch, accident and salvaged vehicles are acceptable to be on the road if they are properly repaired and meet the necessary safety requirements. Why is it that a country like Ghana that does not manufacture cars replicate that? It begs the question the government is calling for a total ban as if there is an ulterior motive.

If the government has any reason to believe that accidents and salvaged cars do not meet the necessary safety requirements that could culminate accidents on our roads, all it needs to do is to strengthen those institutions to do the right thing.

Every good government strives to preserve local businesses that form a large chunk of employment but not to kill them. Soon, we will see the consequences of this ban taking a huge toll on local car dealers in the country. The worst sufferers will be car parts dealers at Abossey Okai, Kokompe, Kumasi Magazine and many other areas.

There are no guarantees that the foreign car dealers can assemble enough vehicles to meet market demands. The ban will create monopoly for the foreign companies and could potentially drive up prices of vehicles in the long run.

It goes without saying therefore that if Ghanaians find it expensive to buy used cars, how much more can they afford new ones, regardless of their prices?

Undeniably, non-accident or salvage cars in the US and Canada are awfully expensive. How many car dealers can afford to buy clean title cars and ship them into the country and how many Ghanaians can afford to purchase them?

Furthermore, the road systems in Ghana are bad and it is a fact that older vehicles were built tougher to drive on our roads. It is anticipated that older cars are more durable than the current newer cars. As a matter fact, many people have the taste for older cars and not newer versions.

It will be extremely unfair to the local dealers if the government should go ahead and implement the ban. I would like to recommend that the government delays the implementation and eventually scrap the legislation.

A Ghanaian Resident in the United States

MMDCE appointments shouldn't be seen as job for the boys' - ...
29 minutes ago