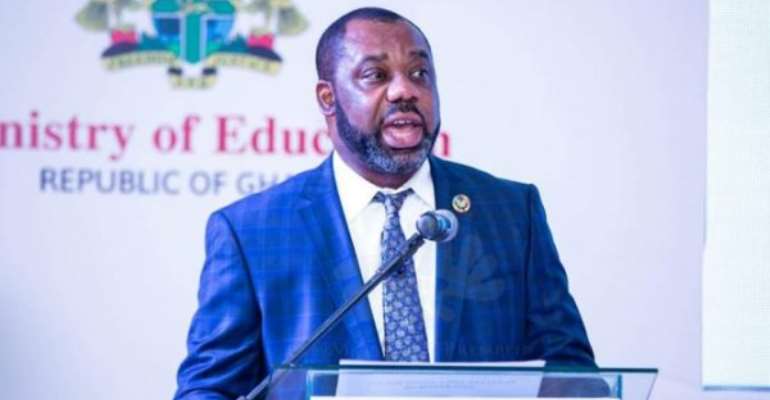 According to Dr Prempeh “there was outstanding bill of approximately GHS9m on Capitation Grant, GHS4m on Feeding Grant for Special Schools, GHS14m on exercise books to basic schools, and GHS4m on the supply of school uniforms among many others.

“Moreover, there were delays in the disbursement of capitation and feeding grants for Special Schools effecting the effective operation of the schools.

However, the Minister said “within the period, Government has cleared all the arrears and ensured timely release of capitation and feeding grants for Special Schools.

In a statement to the House “on education and teacher reforms,” the Minister applauded the governing New Patriotic Party (NPP), saying the achievements in the education sector, with particular focus on access, equity, quality and teacher education, speak for themselves.

Dr Prempeh said prior to the assumption of the governing NPP to power, “learning outcomes were low across our pre-tertiary levels of education”.

He cited as an example that both in 2013 and 2015 Early Grade Reading Assessment (EGRA) and Early Grade Mathematic Assessment (EGMA) results showed that by the end of P2, only two per cent or less of pupils can read with fluency and comprehension, whilst majority of pupils did not perform well in mathematics beyond the procedural level.

In the National Education Assessment (NEA) conducted in 2016, only 11 per cent of Primary six pupils were proficient in Mathematics.

However, the Minister indicated that it was heartwarming to note that the well thought out initiatives pursued since 2017 were beginning to yield results.

To improve performance, the Government had invested in the supply of relevant instructional resources to schools, recruited and deployed teachers, provided in-service training to teachers with a focus on mathematics and science, and strengthened school leadership and management.

In 2019, pass rate in Mathematics reached 65 per cent, the highest ever since the exam was introduced decades ago.