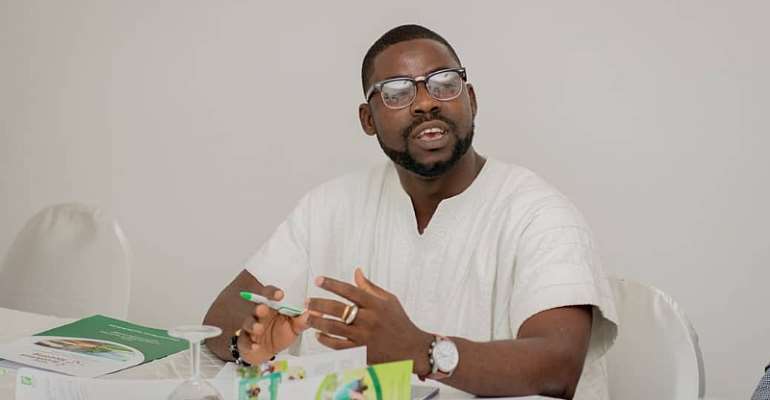 The Convention People's Party (CPP) is lacing boots to wrestle the Kumbungu seat in Northern Region.

The party lost the seat in 2016 to National Democratic Congress (NDC) candidate Ras Mubarak, the incumbent Member of Parliament.

Speaking in an interview with journalists after touring registration centers in the Kumbungu Constituency in the ongoing voter registration exercise, the CPP parliamentary candidate, Nabila Alhassan Basiru, said the party is more than poised to take back the seat.

Following this determination, he explained that adequate measures have been put in place to actualize the dream of winning the seat back.

These measures include restructuring of the base of the party, empowerment of polling station executives with a renewed vow, mobilization of the youth to register more in the ongoing registration exercise, among other campaign strategists been employed and carried out by the youth to make a strong statement in terms of influencing the voting pattern in December.

Aside that, the Acting National Youth Organizer of the CPP believes, apart from his personal record as one of the grassroot leaders of the party, the CPP has always been one of the strongest forces in the Constituency, therefore making his chances brighter than ever before.

Following his decision to contest the seat, with the objective of winning it back to CPP, the candidate said he would offer alternative leadership to the good people of the constituency.

In addition, he intends to offer consultative leadership in the constituency while representing the views and aspirations of the people of Kumbungu in parliament.

"I will offer a youth consultative programme called Community Project when elected as a Member of Parliament. With this point, the youth in each community within the constituency will have a say or will be consulted before any project is been executed. Their views in my leadership will matter because, I'm one of them and we are the majority and representing the future in the constituency," Nabila Alhassan Basiru underscored.

As part of his commitment, he said he would lobby central government for pressing projects for the good people of Kumbungu constituency.

The CPP candidate said he would judiciously increase the allocation of his common fund to support education growth with emphasis on needy students within the constituency as education is key to enlightening the minds of our people.

In terms of social engagements, he said he would be doing community engagements to account to the chiefs and people of the Constituency in the first four years in office.

"Here, there will be a yearly home coming by the sons and daughters of Kumbungu constituency to share among us, raise funds for projects as a Member of parliament."

Nabila Alhassan Basiru, promised he would be visible and available to the people as their messenger or servant through an interaction program he would introduce in the first quarter of his administration as a lawmaker.

"Here, I will prioritize sports as a way of promoting peace and unity by organizing tournaments for the youth within and outside the constituency," he submitted.

Nabila Alhassan Basiru was born and raised in Kumbungu Constituency. He comes from Gbanzogu/ Kukuo in the Kumbungu District in Northern Region.

He was born on 17th June 1988 to Nabila Alhassan Baako Gbanzogu, and Hajia Abdulai Safiya Kpekpalgu, all natives of kumbungu.

He has also applied to study MBA in Strategic Management.

He once served as a member of the Institute of Economic Affairs (IEA) youth policy development and analysis student.

The gentleman is married with three children.

As progress beckoned, he later served as the Deputy Constituency Secretary for four years in the Kumbungu Constituency.

He later took charge as the Constituency Secretary for eight years and CPP won the seat in the by-elections in 2013.

He subsequently served as a Deputy National Youth Organizer of the party and gained national attention.

Eventually, he was made to serve as the Acting National Youth Organizer of CPP when the National Organizer exited.

‘Sputnik-V procurement contract must be re-examined’ – Kwaku...
33 minutes ago

Getting Sputnik-V vaccines from black market using middlemen...
33 minutes ago