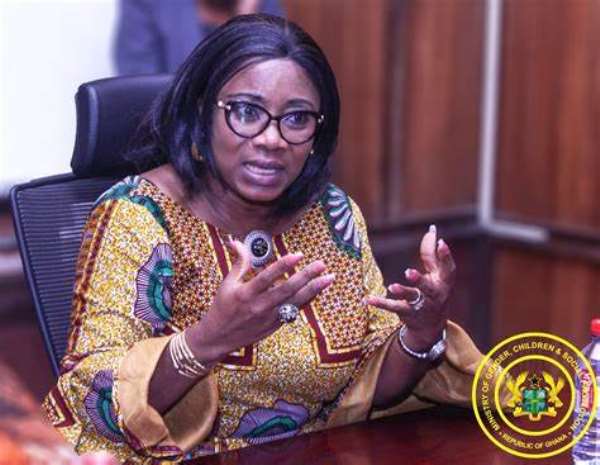 The Agona West branch of the opposition National Democratic Congress (NDC) has charged the Electoral Commission to immediately retrieve the Voter ID card issued to the Member of Parliament for the area, Madam Cynthia Mamle Morrison after her registration was successfully challenged.

On Monday, July 27, 2020, the MP for Agona West Constituency who doubles as the Minister for Gender and Social Protection appeared at the Ntiamoah Hotel Polling station in the Wawase/Amponsah/Nyamendam Electoral Area to register for her new Voters’ ID card.

According to the NDC, though the NDC believes it is the sole right of the Hon MP to register as a voter, she should have done so in accordance with the law, especially as a Law Maker.

A statement signed by Abdul-Wahab Africa Zion, Agona West NDC Communications Officer said “as Member of Parliament who should know better, she registered in an electoral area she does not reside in and forcefully went away with her card after an attempt by the EC officials to retrieve the card from her proved futile, with the police officer on duty looking on.”

It added: “Foremost, the NDC demands the immediate retrieval of the Voter ID card from Madam Cynthia Morrison until after the hearing by the District Registration Review Committee (DRRC) slated for 8th August 2020.” 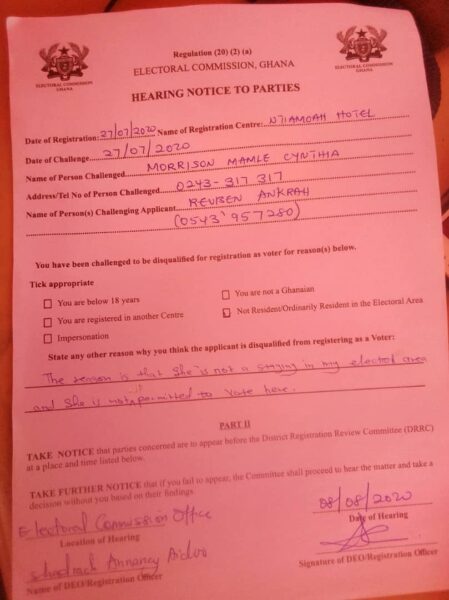 ‘Sputnik-V procurement contract must be re-examined’ – Kwaku...
13 minutes ago

Getting Sputnik-V vaccines from black market using middlemen...
13 minutes ago