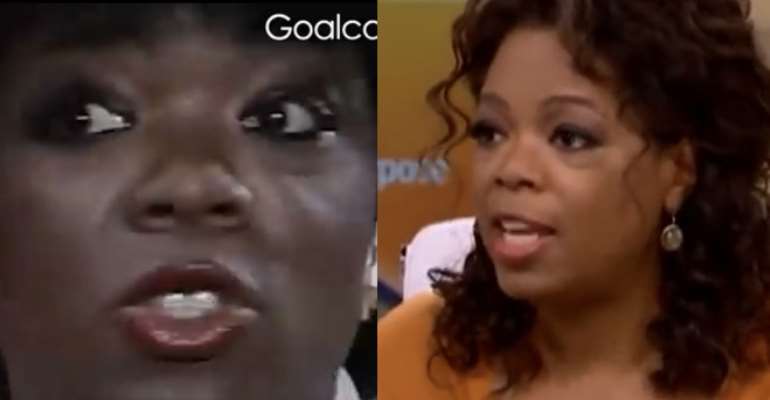 Everyone wants to be white, right? In a crowd, the one person with a color screen ( Liberians label for a light-skinned person) stands out to the admiration of many others. And people with such color are often grotesquely puffed with a sense of vanity when among people of darker skin. The phenomenon is that the lighter your skin, the more you are filled with conceit and inflated ego when you are among people of darker skin who often discount themselves. Light skinned people are often perceived to be more intelligent than darker-skinned people. Even when the settlers came to Liberia, there was a class struggle between the dark-skinned settlers and the light-skinned ones.

While people of color are fighting against systemic, institutionalized and endemic dehumanization simply because of the color of their skin , they have contributed tremendously to enable it, either consciously or subconsciously. Look around you from Africa to Arabia, from America to Europe to Asia, blacks and other people of color have abandoned, despised and loathed their God-given features and complexions, and for centuries, many of them have been working laboriously to look white

When I was growing up, I saw people, in their penchants for being like a white person, used to treat their hair with a grease called “Sportin Waves”. It makes their hair curly like a white man’s hair. The women would use“Hair Relaxer”to mimic the white Women’s, hair. This, in effect, cedes superiority to their white counterparts on a silver platter, Yet black people are irked when these people accept and act in that capacity. For centuries these actions have lead to a direct subjugation and diminution of the black race vis-à-vis the white race and it has perniciously undermined credibility in it . It has also created and engraved the egocentric perception into the white people mind that colored people are worthless races that do not even appreciate or value their own features. So they do not deserve their respect too.

Internalized racism is another side of the sword

Blacks and people of color have emboldened white supremacy by a system of internalized racism within their own communities. In past centuries there are record of African Americans with light skin despising, ostracizing and excluding people with darker skins from their institutions, churches and fraternities for the simple crime of being darker or failing the brown paper tests, a test that African Americans used internally to determine qualification for admission into major institutions including historically black colleges and universities. Anyone whose complexion is not as light as a brown paper or lighter is denied admission. According to Evely Nakano Glenn, a professor of graduate school at the University of California and a founding director of the university center for race and gender, sensitivity to skin tone among African Americans dates back to the history of slavery. She said lighter-skinned African Americans were perceived to be more intelligent than their darker-skinned counterparts who were relegated to more physical activities. Privileges have always been linked to skin tone within the African Americans community. Such notion give rise to what was known as the Blue Vain Society which requires members to be pile enough that their vain is visible through their skin.

This idea of white superiority has slithered it ways across the globe and survived up to present even in places that are predominately people of color. According to WHO 2019 report on skin bleaching, about 25-80% of women in Africa use skin whitening products. In Asia that number is around 40% while half of India population is guilty of the act. The motivation is simple and clear: superiority and preferment. This, to me, is a textbook definition of white supremacy and racism and rightly so I’m not alone.

In 1960, a group of African Americans angsts against the status quo and the way blacks were being discriminated against, which was exacerbated by blacks discriminating against blacks, decided to red-flagged the menacing effects of internalized racism by forming a black consciousness movement called Black Is Beautiful. The movement aimed to strengthen unity among African Americans and preserve African identity. It also aimed to dispel racist notion that black people natural features such as skin color, facial features and hair are inherently ugly. So The movement encouraged people to stop eliminating African identified traits by straightening their hair or attempting to lighten their skin. Research shows that the idea of black and its features being ugly is highly damaging to Black people psyche which has manifested into internalized racism.

So far within the span of my life, I have rarely seen many black people who go natural and are proud of their God-given attributes. Black women are so fixated with being white that if you tell a sister, a spouse or a friend to plait corn roll or Africa plait, it peeves her. She feels humiliated and insulted and she thinks you are associating her with poverty and indignity and savagery. You will have spilt the bone by uttering these words. It risks imperilling and severing the relationship no matter how strong.

I have never seen a race that is so ashamed of itself.

There are many black people or people of African descent whose real hair you will never see. They are living under wigs and attachment( hair of deceased people) that mimics the white people. They are using creams that morphed their God’s given complexion willfully ignoring the medical implications. They are simply ashamed to be black. They think that having a dark complexion will mire and hurdle their ascension to their pinnacle of success. They have created that stereotype or supine in the face of moulding it, and now they must either live with it or unravel it by starting with themselves. People who are on the frontline, the affluent and powerful among them must unleash the salvo of forays to reverse that phenomenon. But Sadly it seems they are waiting for pigs to fly.

Oprah Winfrey confessed publicity that her relationship with her mother was unfriendly and fraught simply because she had a darker skin. She said it didn’t thaw until she became popular. To me that fits the textbook definition of racism. It would have been amplified and extrapolated if she was treated that way by a white person.

After weathering such egregious storms and obstacles and squirming her way to the crescendo of success, she too chose to morph her skin into a lighter complexion. This and similar white leaning actions from many other famous and influential black people puts a nail into the coffin of hope for many who dream of seeing black people adding value to themselves by axing away the deep repugnance toward their identity and view these leaders exemplary life of preserving black identity as a lodestar of self-esteem, as well as clout out the inferiority syndrome that have mired their pursuit of equality. Ironically, their actions literally amount to capitulation to the status quo and a gift to white supremacy.

Oprah, like many other black celebrities, is an incredibly and profoundly influential person with a platform that is capable of pivoting the world to any direction. Her support for the #METOO movement was a rollercoaster that expedited its success. But the pictures here are worth a thousand words and a shred of those words is that she is not ready to be a bellwether of black identity.

This self-demeaning behavior is not peculiar to black people alone. It’s prevalent across every other race except white. Hence, the impetus for continuing white supremacy.

There is nothing wrong with beautifying oneself. But it should be done in ways that elevate one’s values, appreciate one’s nature and make one’s race enviable to others across the aisle and express one’s pride.

Finally, I conclude with these words from Marcus Garvey: “if you have no confidence in self, you are twice defeated in the race of life “