NDC Zongo Takes On Bawumia: Where Are Your So-Called Achievements In The Zongos? 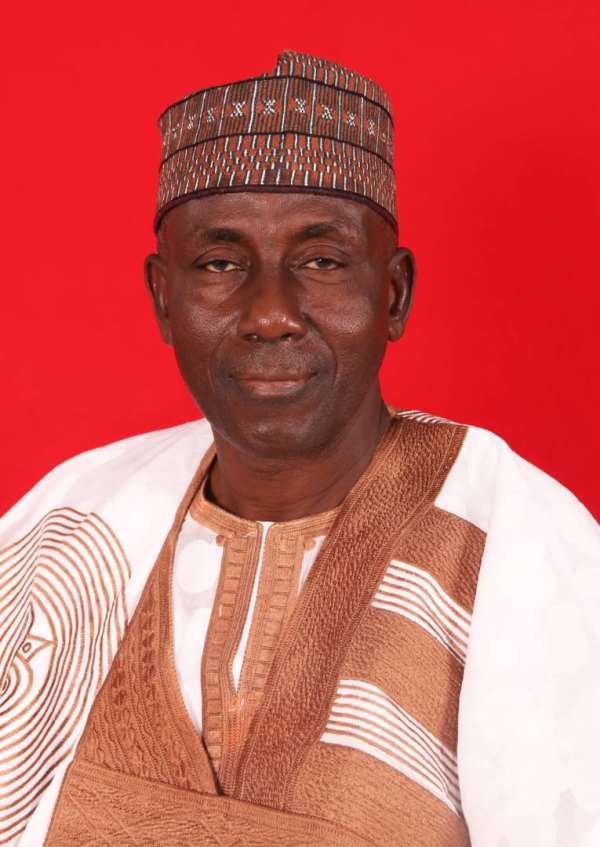 The Vice President, Dr. Mahamudu Bawumia is in the news once again exposing his dishonest traits in politics. The Second Gentleman of the land who is also a Muslim paid a visit to the National Chief Imam and in his submission, he was reported to have said and I quote, "We have delivered our Promises to the Zongos". We cringed upon hearing this statement from no less a person but Dr. Bawumia who ought to know better the truth.

We in the Zango caucus have always found Bawumia to be a dishonest person but it is even worse when he had to peddle these blatant untruths in front of His Eminence, the National Chief Imam of Ghana.

In an attempt to elaborate the specifics to entice the Zango's, Dr. Bawumia said the NPP had set up the Zongo Development Fund to advance the interest of the Zango's. We ask, how much was allocated to the Zongo fund in the budget since they came to power and how much was actually released?

As we speak, there are more than one thousand Zango communities across the country and we dare Dr. Bawumia to tell us specifically the Zongo's that have benefited from the Fund?

The Zongo Development Fund only exists on paper and its mandate is reserved for salaries of NPP appointees and operational expenses of the offices.

What we saw the Minister for Inner-city and Zongo affairs do recently was to parade the media to inaugurate a single toilet facility. Is that what Bawumia calls an achievement?

Dr. Bawumia again said and I quote, "Nana Addo has provided Free SHS and that is a major relief to a lot of parents in the Zongos". It is unfortunate that in the glaring evidence of monumental failure in these two utopian policies, Bawumia is seeking to deceive the people of Zango's again by peddling lies in front of the National Chief Imam.

For the records, the Mahama Govt started the progressively free SHS for which his boss, Nana Addo then opposition leader praised. Has Bawumia forgotten so soon? Again, if President Mahama had not built some of these schools, how could they have implemented the so-called Free SHS?

Bawumia should know that our Zango's need direct policy interventions in addition to the general issues he seems to portray. If we should go by Bawumia's logic, then the NDC can also say that the numerous hospitals like Ridge and E -block schools that were built by Mahama is to the benefit of Zango's since Zango's also patronize these facilities. This is obviously another angle of NPP political chicanery and deception of the masses.

Dr. Bawumia further stoked the fire of anger by talking about the AstroTurf Football Parks as other projects sponsored by the Fund. Some of these facilities, we are aware of investments by some individuals. We know of Wembley Sports Park in Ablekuma Central which personally belongs to Lord Commey.

Bawumia cannot be right when evidence abounds indicates that some of these facilities are not from the Development Fund but rather a conduit for sharing money to the NPP cronies.

The NPP cannot turn around today and pretend to like the Zango's after introducing the Aliens Compliance Order of 1969 to get rid of Zango Communities in Ghana and inherit their properties. In fact, they have no moral right to solicit for Zango Votes when they have put out their people to brand Muslims and Zango persons as Foreigners in the Ongoing Voter Registration Exercise.

It is obvious Bawumia was struggling to produce unexisting facilities to match the unprecedented developmental projects embarked on by John Mahama for the advancement of the Zango's and Muslims as a whole, hence the attempt to reap where he didn't sow.

Today, the cost of performing Hajj has been increased from about 13,500 cedis under Mahama to 19,500 cedis under Nana/Bawumia Govt. An increase of 6,000 cedis and Bawumia wants us to clap for him. The so-called lover of Muslims and Zango's.

At this point, it is important to mention the direct intervention of policies by the NDC in the Zango's under the NDC. In less than three (3) years in government, President John Mahama expanded the Tamale Airport to ease the stress associated with Hajj Pilgrimage in Ghana by flying pilgrims direct from Tamale to Makkah. A remarkable achievement for our Muslim brethren.

Again, Mahama saw to it that, after Muslims were put under dehumanizing conditions when going for Hajj under the NPP Govt, he provided a comfortable place for Muslims to lay their heads by putting up the structure at the Hajj Village.

President Mahama also inaugurated the Council of Zango Chiefs and also donated a bus to them to earn them some income.

Again, the NDC Government introduced the Islamic Education Unit which provided qualified Teachers to most of the Islamic Schools and integrated them into the mainstream education system across the country. What is dignifying to our Zango's than this?

Again, under the Mahama administration, scholarships were given to students to study Medicine in Cuba and these included our Muslim brothers and sisters numbering over two hundred.

It was the NDC under Rawlings which brought respect to Muslim Leadership in Ghana and elevated the Office of the National Chief Imam to a State Facility and gave recognition to all Muslim Sects across the country.

The NDC made it a point to give Muslims two(2) National Holidays for Eid in spite of the protest by the NPP MP's in Parliament.

If Bawumia cares to know, the Zango's under the leadership of Mahama made it possible for most of our Zango roads to be asphalted. Places like Nima where Nana Addo resides, Mallam Atta, Newtown, Shukura, Maamobi, and some streets in Asawase benefited from the Road Improvement Programme.

The NDC also built Chip Compounds in some Zango's including Akim Oda and provided many Boreholes to our Zango Communities.

There are many interventions the NDC made to the people of Zango's and gave recognition to all irrespective of their tribe.

The NDC is a party that gives more opportunities for our Zango brethren to serve and does not discriminate against any ethnic group.

In conclusion, we want to advise Dr. Bawumia and the NPP not to try and play smart but rather be ashamed for desecrating the Zango's with non-existent infrastructure.

It's interesting to note that Dr. Bawumia who swore by the Quran to protect the Islamic faith could not speak against the maltreatment of two Muslim ladies who were denied their rights of wearing the hijab at work and in school even when there was a protest on the streets of Accra, Kumasi, and Tamale.

On the other hand, President Mahama made statements on the need to allow our Muslim ladies to be allowed to put on their hijab since Ghana was a secular state. A mark of a caring leader!

The earlier Dr. Bawumia and his bunch of tribal party folks stop deceiving themselves that the Zango's will fall for them, the better. Our Zango brethren will not fall for the handouts you give but will continue to stand by the NDC that has given it dignity and respect.