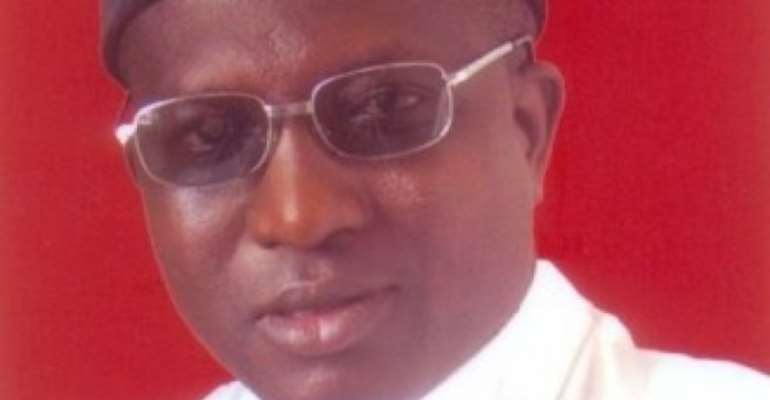 He said candidates like Kofi Brako, Benjamin Ashitey Armah, Ramseyer Agyeman Prempeh and Charles Forson who lost in the Saturday primaries in the Tema enclave were so resourceful and could be helpful to the growth and development of the opposition NDC.

“If I tell Mr. Kofi Brako, Benjamin Ashitey Amarh, Ramseyer Agyemang Prempeh and Charles Forson to leave the NPP and join the NDC, I know they will eagerly dismiss my calls, but resourceful people like these would be better appreciated in the NDC. “

Mr. Ashitey Adjei who was speaking to the Ghana News Agency in Accra on how the outcome of the NPP primaries could inure to the development of both parties sounded an outsider's cry against injustice in his party's bitterest rival.

His invitation comes after Mr. Kofi Brako, who was the sitting MP for Tema Central was defeated in the NPP's 2020 Parliamentary primary on Saturday.

He lost in a shocking defeat to Hanson Nortey Nii Noi.

“How could somebody who has given so many jobs to party youth, lobbied for massive infrastructure for his constituency including; modern football parks, and used money from his private farm and his work as a clearing Agent to help party people be betrayed like this?” Moshake wondered.

Querying further, he asked, “Is it because he is humble and associates with everybody in the party?”

“As for Ben Ashitey, he lost his job as Terminal Manager at Inter-Modal Shipping Company because of the NPP. And after all of this, when he contested for the party's Parliamentary ticket, you rejected him with such massive vote margins?”

He said Ramseyer Agyemang Prempeh and Charles Forson, who together contested unsuccessfully for the Tema Central Parliamentary ticket, were similarly dealt a raw deal.

“If these people would cross the carpet and come to the NDC, it will help them. But I know they will not because they are just too loyal to the NPP so I will humbly ask President Akufo-Addo to compensate them because they really have suffered for the NPP,” Moshake said .

He admonished members of the NDC who flirt with the NPP to learn lessons. “An intelligent man learns from his own mistakes, but a wise man learns from the mistakes of others.

I hope the NDC people flirting with the NPP are seeing. If the alligator is eating its own eggs, what do you think that it will do to that of a frog?” Moshake questioned.