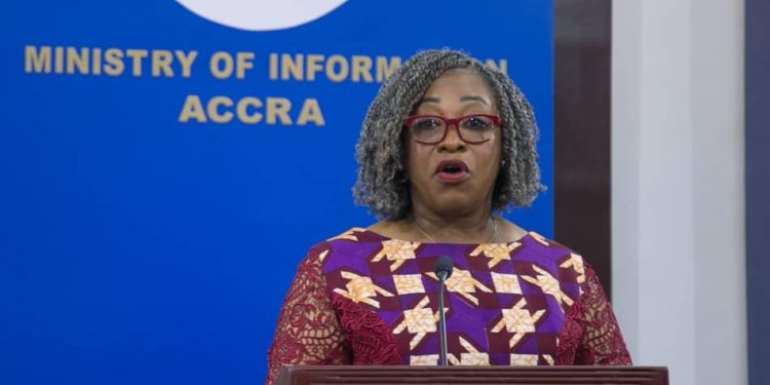 The outgoing Member of Parliament (MP) for Anyaa-Sowutuom constituency, Shirley Ayorkor Botchway, says she looks forward to serving in the Akufo-Addo government should it remain in power after 2020 general elections.

The MP who doubles as the Minister for Foreign Affairs and Regional Integration did not contest in the New Patriotic Party's (NPP) just ended parliamentary primaries.

She has been the MP for the area for 16 years.

According to her, she did that to give others the opportunity to do something new for the constituency.

She, however, disclosed that she has no intentions to quit politics.

“I’ve done four terms and I feel that I have done all I can do. The time has come for injection of fresh blood; someone with ideas to take over and build on what I have started and for me, that’s what’s important. Sixteen years of my life is enough. It does not mean I’m leaving politics. I’m definitely not leaving politics. I’m deep steep in politics. It’s in my blood. I will be involved in everything; from constituency to region to national to ensure that our party retains power and going forward, we win several elections apart from the one that we are going to be contesting in 2020,” she said to Citi News.

She continued, “What’s next is that I’d love to be part of President Akufo-Addo’s government because he’s going to form the next government so by the Grace of God and if I find favour in his sight, I’ll still be part of his government.” Just ended primaries

The governing NPP held the second leg of its parliamentary primaries on Saturday, June 20, 2020.

Some of the candidates contested unopposed as they were acclaimed by party delegates.

There was however fierce contest in about 100 constituencies.

Although there incidences of violence in some electoral areas, the elections, in general, ended successfully.