NPP To Acclaim Akufo-Addo As Presidential Candidate On June 27 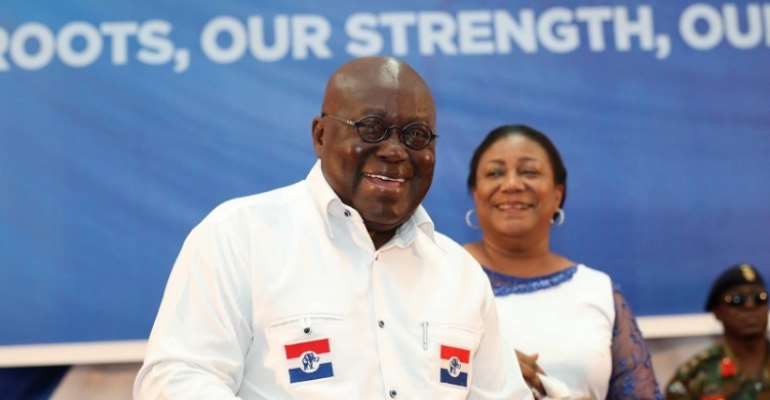 The governing New Patriotic Party (NPP) has resolved to acclaim President Akufo-Addo as its presidential candidate, for the 2020 polls, on June 27.

This was contained in a statement signed by the General Secretary of the party, John Boadu.

“The NPP will, on Saturday, June 27, 2020, acclaim the sole Candidate who filed his nomination to contest in the 2020 Presidential Primaries, H.E. Nana Addo Dankwa Akufo-Addo, as the Party's Presidential Candidate,” the statement added.

According to the statement, the acclamation of the Presidential Candidate together with his Running Mate will be done on the said date at a special National Council meeting of the Party to be held in Accra with the media and relevant stakeholders in attendance.

The decision to acclaim Akufo-Addo according to the party became necessary because he was the only one picked up nomination forms and filed same to contest for the position when the party opened nominations in February 2020.

The President has also maintained Dr. Mahamudu Bawumia as his running mate for the 2020 general elections.

The NPP is expected to organise parliamentary primaries in constituencies it has sitting Members of Parliament on Saturday, June 20, 2020.

Prior to the primaries, the party put on hold elections Kwadaso in the Ashanti Region, Gushegu in the Northern Region and Dormaa Central in the Bono Region, due to certain developments.