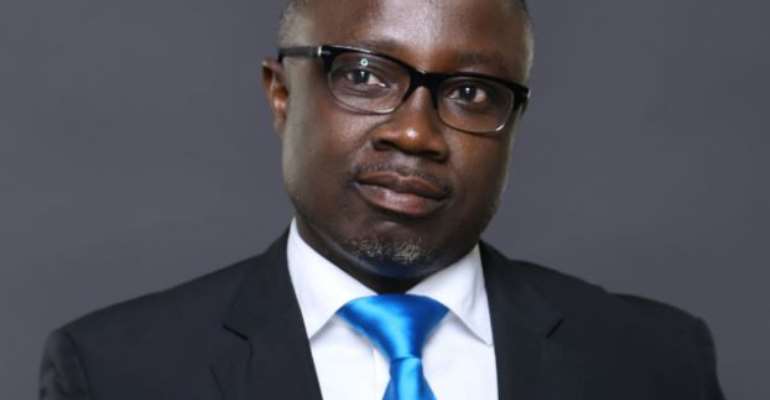 According to Mr Boakye Danquah, he acquired a copy of the constituency album from the national office only to realized that the album had been altered by removing some agents and replacing them with persons, who he later found out were family members of Eugene Boakye Antwi.

“The album that has been sent to national, to be given to the EC contains a lot of names which are not supposed to be there. Interestingly, these replacements were family members of the MP who are not even delegates of the party but their names are in there,” he vehemently asserted.

In Mr. Danquah’s estimation, the election committee is employing some mafia tactics to frustrate him by deliberately refusing to have a meeting with him to avoid a discussion on the issue.

Recounting the incident to the media on Tuesday, the Tax Accountant and Policy Analyst said, “The Subin Committee Members comprising the Committee Chairperson, Mrs. Mavis Adjei Tawia, Member of Committee and Constituency Chairman of the party Michael Adusei Bonsu, Secretary of Committee Akuamoah Boateng, Abena Pokuaa and Kojo Boa Aryitey the Research Officer of Subin constituency called me for a meeting to discuss matters bothering on the upcoming election, but they failed to show up. Except for Boa Ayitey who stayed to talk with me.”

“Meanwhile, I had earlier spoken to Patrick Acheampong, the Research and Election Director in the region, who confirmed from Akuamoah Boateng that the meeting was scheduled for 10am Tuesday, June 16 but they refused to show up,” Mr Boakye Danquah explained.

The chairman of the NPP Minnesota Chapter, USA, believes that the committee is refusing to meet with him to ensure he doesn’t get the chance to bring up these issues for discussion.

“Again, they have kept me in the dark on a lot of arrangements in connection with the elections. They are not telling me anything on the upcoming elections. So, I’m insisting that to ensure a fair and peaceful elections. I must be called, to a meeting to discuss all issues concerning elections. I will not allow them to employ crude tactics to frustrate me. They did the same thing when I was acquiring forms. I will not allow it this time round. They have clearly sidelined me as I do not even know the centers where the elections will be conducted as of now, but I will not allow them to shortchange me in this election,” Mr Boakye Danquah fumed.

Consequently, he is calling on the national executives to, as a matter of urgency, intervene as he would not allow some committee members, who have clearly shown their biases towards Eugene, to mar the elections with crude tactics to rob him of the opportunity to serve the Subin constituency.

“Last year’s election was clean, free and fair. It is the same level of transparency I demand from executives this year. As much as I seek peace and justice in the impending primaries, I want to sound a warning to the committee members who are colluding with Eugene to carry out underground dealings to twist election in his favour to desist from these nefarious acts as, I will resist any attempt by them to shortchange me come Saturday ,” he asserted.

He added that, per his checks agent of Polling Station 907A, Richard Owusu Nti, had been removed from the album and replaced with one Ellen Bawuah, a relative of Eugene Boakye Antwi.

He stressed that similar changes were replicated for other areas such as Afful Nkwanta Electoral Area, Fante New Town to mention a few.