Farmers In Ahafo To Get Inputs From Gov't 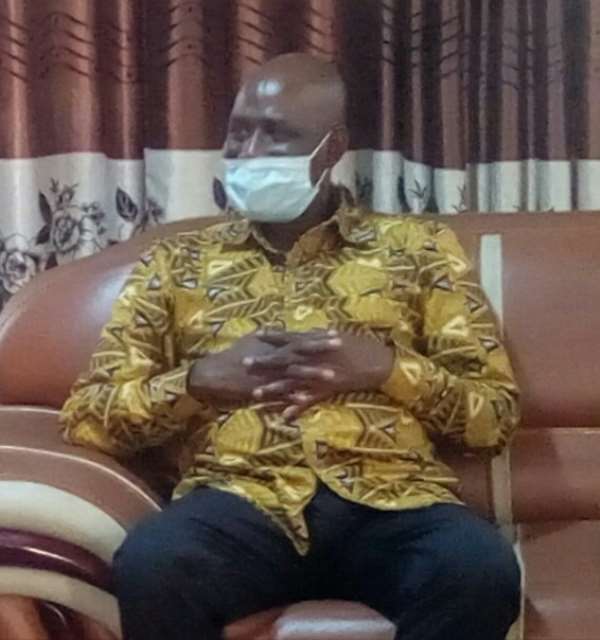 The Ministry of Local Government and Rural Development (MLGRD) has revealed that soon the Government of Ghana (GoG) will supply inputs to farmers in Ahafo Region to boost their activities.

The Deputy Minister for Local Government and Rural Development, Honourable(Hon) Collins Ntim disclosed this when he visited four(4) assemblies(Asunafo North, Asunafo South, Asutifi North and Asutifi South) out of the six to assess, evaluate and improve the various policies of Ministry Of Food and Agriculture to benefit the farmers and the country.

In an interview after meeting stakeholders where District Directors of Agruculture made presentations, the Deputy Minister explained that MOFA has procured a number of farm inputs to be circulated to assemblies doing so well in the sector of agriculture and per the way rice cultivation is on a large scale in Ahafo Region the ministry can not afford to neglect the region.

On government policies concerning agriculture sector, the aim is to ensure that by 2023 the country will be able to produce enough to the extent of exporting some of the produce for foreign income and this can be achieved when the government assist farmers to move from traditional to mechanise farming just like well developed countries where the percentage of farmers is small yet they produce in abundance for themselves and export.

According to Hon. Collins Ntim who is the Member of Parliament(MP) for Offinso North in Ashanti Region, his visit has revealed to him that rice farmers in Ahafo Region are extremely doing well to help the government achieve the 2023 goals and also to improve their living standards so all the needed support from the government must be given.

" In Ahafo Region, 75 percent of agriculture policies by President Akufo Addo have achieved so the farmers deserve inputs to make activities more easier and faster " he stated.

Touching on the COVID-19 fight in the region, he commended the Municipal District Chief Executives(MDCEs) for sensitising and providing Personal Protective Equipments(PPEs) for the people. He urged them to keep with the sensitisation the people and also supplying PPEs for effective fighting the virus.

Two of the MDCEs, Hon. Anthony Mensah(Asutifi North) and Hon. Robert Dwomoh Mensah(Asutifi South) thanked the Local Government Ministry for the visit which has been fruitful because alot of things have been shared to improve the living conditions of folks in the rural communities.

" For MOFA to supply inputs to rice farmers in the region is a major relief because getting inputs for them has been problematic to the assemblies " they mentioned.

They explained, now rice farming is now hugely patronised by residents due to the education and measures put in place by the assemblies and government at large so MOFA must often supply inputs to 'ginger' them to venture into more commercial farming instead of subsistence way of farming.

On farming in Ahafo, the two DCEs explained that now residents are engaging in cashew, coconut and rice so inputs to assist thems will surely be supplied the government. They urged the youth to venture into farming because the current government has good plans for farmers to make them their living status better as compare some years back.

The engagement by the Deputy Minister for Local Government and Rural Development and stakeholders of the assemblies were held at the capitals thus Goaso (Asunafo North), Kukuom(Asunafo South), Hwidiem(Asutifi South) and Kenyasi (Asutifi North).