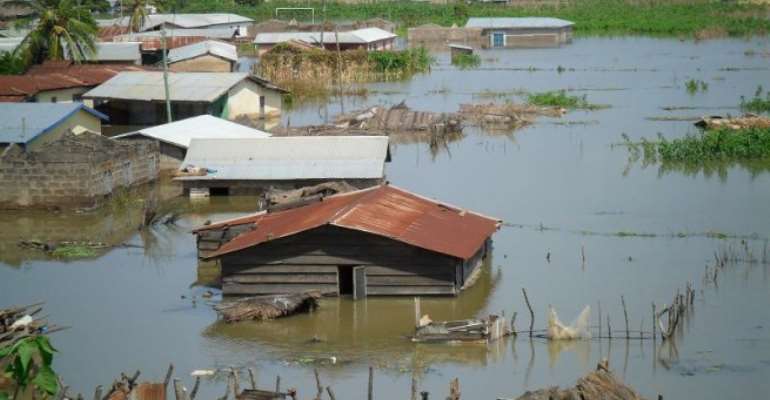 Communications Manager of Ghana Water Company Limited (GWCL) Stanley Martey has said his institution will soon stop spending huge sum of money on sensitizing and educating people on the need to avoid raising structures on waterways and also around the Weija Dam.

He told Johnny Beresford Hughes on the Community Connect segment on Sunrise show on 3FM 92.7 Friday, June 5 that it does not make sense to the GWCL as to why people endanger their lives by building in the waterways when they know in the event of flood, their lives and properties will be whisked away.

He blamed the District Assemblies for granting people the permit to build in such areas.

His comments come in the wake of a decision by the Company to spill excess water from the Weija Dam as part of the routine measures to safeguard it.

Mr Martey said: “We are not supposed to build in the buffer zone and even in the course of the river.

“So when the levels go down and we stop spilling, it is ok for them to live in that area. But the thing is, every year we spill between four to eight months depending on the levels in the river so it means this will go on for a long time but people still live there, people still put up structures in those area.

“Even when the place is flooded you see people building in the flood, this is strange. I am sure it will get to a point where we wouldn’t spend money again sensitizing people because it doesn’t make sense for people to do that.”

He further called on the various assemblies to stop giving permit to people to build on waterways and areas around the Dam.

He stated: “We keep telling the assembly that you don’t have to allow people to put up structures around that area. It is their duty not to allow people to build in the buffer zone but every time you see those things coming up and every time we will have to go round with them trying to save lives.

“It will get to a point we will get ourselves out because our duty ends where the dam is. Beyond the dam we expect that we have a river course naturally created by God and is supposed to go through that course into the sea.

“The laws of Ghana have also given a buffer zone policy where people are not supposed to construct any structure within a certain radius from the river bank.

“We spent a lot sending out announcement. It’s quite expensive. Just imagine if we do announcement continually for a week or two on radio stations like 3FM and 10 other stations, imagine how much that will cost.

“Apart from that we need to spend time going round the area sensitising people with our public address systems, one-on-one interactions, national security will have to come in to dredge certain areas.”