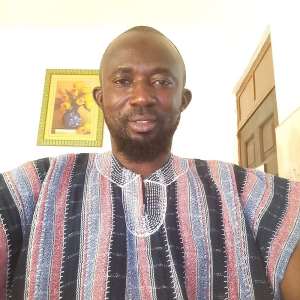 The more you read the reasoning of the Binduri DCE and his cohort ( NPP PC)the more you get the impression that they are taking the good people of Binduri for granted.

The PC first bought airtime on radio to announce that he the PC has borrowed the central government money to finance the rural electrification projects at Nayoko 1and 2 and other communities where the DCE took it up from him and promised to complete the project within one week, which became weeks and the weeks became months.

When the lie was uncovered by the people, the DCE step up and bought his own airtime at the radio station to lie again to the good people of Binduri that the light has been powered and my good people are still in darkness.

One would have to ask whether the light is a spiritual light or what kind of light that has been powered in Nayoko 1 and 2 that the ordinary eyes cannot see.

I weep for Binduri. The good people of Binduri have to know the truth and we will unveil all to them. To my brother Mr Binduri Bawumia ( DCE), listen to an advise from a brother who loves you, please and please you still have your own political career to pursue, help yourself by not sacrificing your future political career just to cover the uncovered truth. A word to a wise is enough.

Opinion
Powered By Modern Ghana
Exposing The Non-Performing And Failed Suaman’s Npp Dce Lies On Wontumi TV
The Dokua Factor In Women Politics
A View from Accra City Hall: The “okada” phenomenon: to legalise or not to legalise?
Nigeria At 60: A Glance Into The Possibility Of De-Amalgamation
Ghana Is Lost
ECOWAS Is Losing Its Credibility
“Leadership” A Precursor Of Employees Motivation And Job Performance
The Alternative
The Bane Of The Zongo/ Muslim Communities - The Creation Of Some Zongolese/ Muslims
COVID-19 Updates Live Dashboard
TOP STORIES