Muntaka Deny Advocating For Children To Marry At Age 16 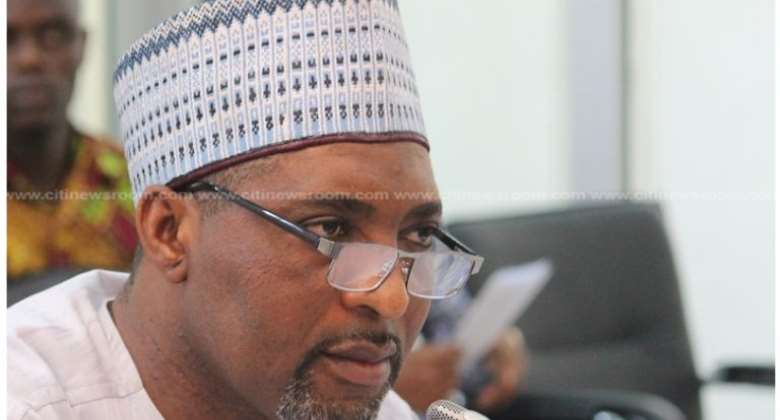 The Member of Parliament for Asawase constituency, Alhaji Muntaka Mubarak has denied claims the is pushing for the legal minimum age for marriage to be reduced to 16 years.

He said he rather wants a broader national discussion on synchronizing the legal age for sexual consent; 16 with the legal minimum age for marriage, which is 18.

Following his question and answer time with Supreme Court justice nominee, Prof. Henrietta Mensa-Bonsu on Tuesday, May 16, 2020 that among other things talked about the country’s Children's Act 1998 (Act 560) section 14(2) which puts the age for sexual consent at 16 years and the minimum age for marriage is 18 years, some media reports suggested that that the MP is advocating for children from the age of 16 to be allowed to get married.

But Muntaka Mubarak in an interview with Citi News said his assertion was rather to draw attention to the need for the age of sexual consent to be increased to 18 in order not to promote pre-marital sex which is frowned upon by most Ghanaian cultures and religions.

“I was saying that why do we want [children] to consent to sex at 16 years but they can only get married at 18. Why don’t we synchronize them to be at one point… If we think that the only time that children can have sex is at 18, why don’t we put everything to 18, because our culture, whether you are a Christian or Muslim all across this country, I don’t see any single culture that allows premarital sex so I wanted her view on that,” he said.

Meanwhile, Prof. Henrietta Mensa-Bonsu has suggested that other options to the current dictates of the law equally have challenges hence not viable.

Addressing the issue at her vetting on Tuesday [May 12, 2020], she said, “to keep the age [for sexual consent] low and to keep the age of marriage at 18, does creates this gap where, as you [the law] say, the child can have sex but cannot marry, but maybe that is a consequence that is better for us, than making the age of marriage 16 years which would be violating all kinds of international commitments that we have made. So, not everything can be neat and tidy, but we live with it.”