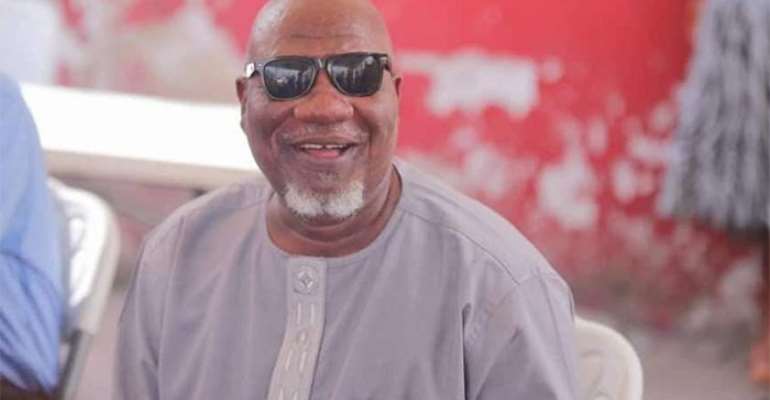 The suspended opposition National Democratic Congress (NDC), Bernard Allotey Jacobs, who is also the former Central Regional Chairman of the party has said elements in the party cannot destroy him.

Asking those calling for his head in the party to back off, he said, “Where God has positioned me in life is not my making.”

In a statement signed by its National Chairman, Samuel Ofosu-Ampofo, the NDC said it was suspending Mr. Allotey Jacobs, aka “Educated Fisherman”, for what they said was persistent exhibition of “anti-party conduct.”

The National Executive Committee (NEC), which according to the statement recommended the suspension, has also referred to the Disciplinary Committee of the party for further action against the NDC stalwart.

Mr. Allotey Jacobs, who appeared defiant, said on Accra-based Peace FM that “the truth is that nothing surpasses God. The God of Abraham, Isaac and Jacob, the God of Ishmael; He’s one God nothing surpasses Him,” adding, “The faceless, the boneless, the shapeless God; He who says and it is done is the one I serve. I love God … to all my opponents and enemies; the truth is that don’t blame Allotey Jacobs. Blame God … it is by His grace and His mercy that I’ve been where I am.”

Later, when he granted an interview to Accra-based Joy FM on the matter, Mr. Allotey Jacobs parried the criticisms of NDC members that he was in bed with the ruling New Patriotic Party (NPP) and based on that, he was making remarks which they deemed as undermining the NDC and its flag bearer, ex-President John Mahama.

“How could I be in bed with the NPP; facts are facts. When something is good about the NPP I will say it, when it is wrong, I will talk against it. You see there is the need for us to change the kind of narrative, or we have to change our political discourse. You see, we need to grow our politics in this country,” he pointed out.

When President Akufo-Addo commissioned the 1 Ambulance 1 Constituency programme, the former NDC regional chairman highly commended the President for the initiative, a move which appeared to have incurred the wrath of some NDC leaders.

He had said, “The interior of the state-of-the-art ambulances recently commissioned and distributed by President Nana Addo Dankwa Akufo-Addo can give life back to a dying patient … We all should face facts; if you look at the inside and see the equipment and colour design, it looks very attractive. If you are at the point of death, the colours in the ambulance can give you the vim to survive. The inside is great!”

Recently, when the President announced that the NPP government was embarking on massive health infrastructural projects, including the construction of 88 district hospitals, the NDC hit the roof top claiming it was impossible to do and also claimed the government had abandoned health projects they said were started by Mr. Mahama.

Mr. Allotey Jacobs later remarked that he did not understand why his party people were asking President Akufo-Addo to complete Mr. Mahama's abandoned hospitals, because as far as he was concerned “most of the hospitals my party NDC is calling Nana Addo to complete are already completed in our Green Book.”

He has also been pushing that the NDC should find a person in the calibre of Dr. Bawumia to be able to respond to the Vice-President appropriately on economic management issues.