The worldwide death toll from coronavirus has surpassed 30,000 according to data from Johns Hopkins University.

Italy has recorded the most deaths with the toll standing at 10,023.

The government has announced that the case count for COVID-19 has risen to 141.

“Ignore the rumours and fake news. I am well”, were the words of Tsatsu Tsikata, when The Herald spoke with him on his home phone today, Saturday March 28, 2020 over swelling rumours on social media that the highly respected legal luminary had passed on.

Ahead of the telephone call to Mr Tsikata’s Cantonments home in Accra, a senior lawyer, who has access to him and had done some cases with him, told The Herald’s Managing Editor, Larry Dogbey upon a WhatsApp chat Friday midnight; “If it’s about Tsatsu Tsikata, he is alive and well”.

The Health Ministry has announced a special life insurance cover for the 10,000 health personnel and allied professionals attending to COVID-19 response.

In a letter addressed by the Sector Minister, Kwaku Agyemang to all heads of the agencies within the sector, the government indicated that frontline staff involved in the COVID-19 response have been insured under benefits such as Group life cover with an assured sum of GHS 350, 000 per life.

US President Donald Trump has said he is considering imposing a quarantine on New York in a bid to slow the spread of the coronavirus.

"We'd like to see [it] quarantined because it's a hotspot," he told reporters. "I'm thinking about that."

He spoke as confirmed cases in the state increased to more than 52,000, with at least 728 deaths. 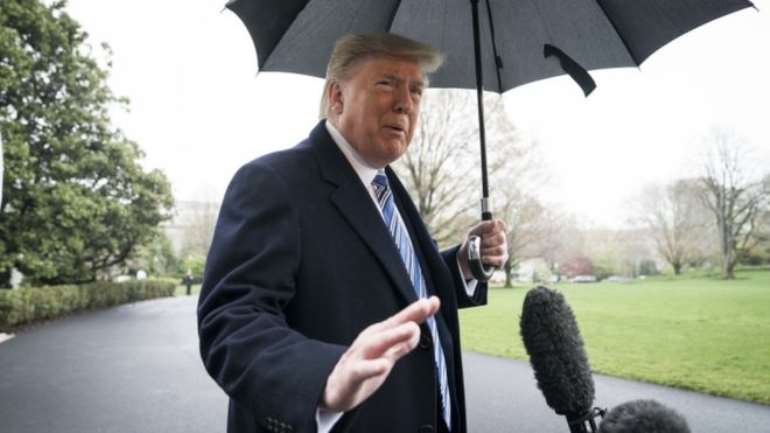 United Nations Secretary General Antonio Guterres says he fears “millions and millions” of coronavirus cases in Africa, where the youth will not be spared. He called on wealthy countries to help the developing world, for their own sake.

Guterres told RFI that Africa should be the priority of the international community as the continent does have the resources to fight the Covid-19 pandemic.

“Ninety percent of the cases are in the G20 countries which hold 80 percent of the global economy. They shouldn't be working alone, each in their corner, but in a coordinated manner to find treatments and vaccines to put at the world's disposal,” he said. 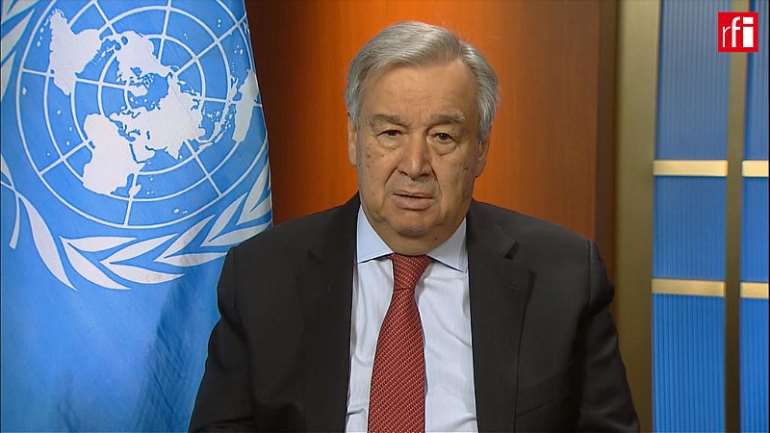 Mali's main opposition party called for "massive participation" in Sunday's parliamentary election, despite its leader being kidnapped and the rising coronavirus threat in the war-torn West African country.

However several other opposition parties called for the vote to be postponed due to COVID-19 crisis, which has seen 18 people infected since the country's first case was diagnosed on Wednesday, according to official figures. 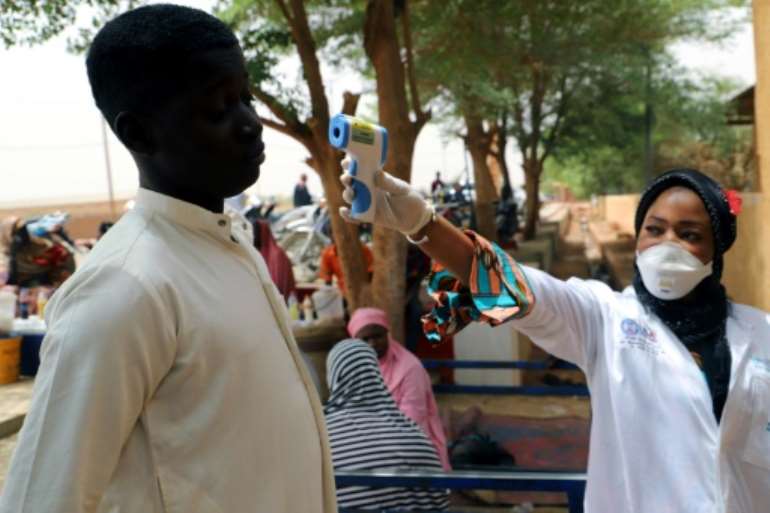 Moody's move "could not have come at a worse time", the South African government said, as it would "further add to the prevailing financial market stress".

The downgrade late on Friday came as South Africa began a three-week nationwide lockdown to try to halt the rapid spread of the novel coronavirus, which has infected more than 1,100 people in the country. 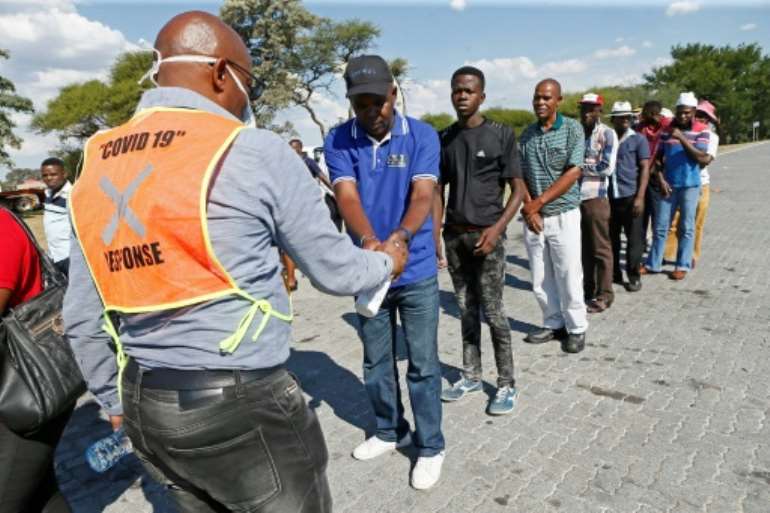 South Africa's economy was already in bad shape before the coronavirus hit. By Phill Magakoe (AFP)

The French sports minister has said it is too soon to decide if the Tour de France, the world's premier cycling race, can go ahead amid the coronavirus pandemic. But if it does take place from 27 June to 19 July as scheduled, spectators may be banned to minimise the risk of infection, said Roxana Maracineanu.

Following the postponement of the Euro 2020 football championship and the Olympic Games in Tokyo, the Tour de France is one of the last major global sporting events that has not yet been cancelled or postponed.

"The Tour is a sports monument. It is too soon to decide. There is a time for everything. For now, we have a more urgent battle to fight. Let us focus on this mountain in front of us and then consider what's next," French Sports Minister Roxana Maracineanu wrote on Twitter. 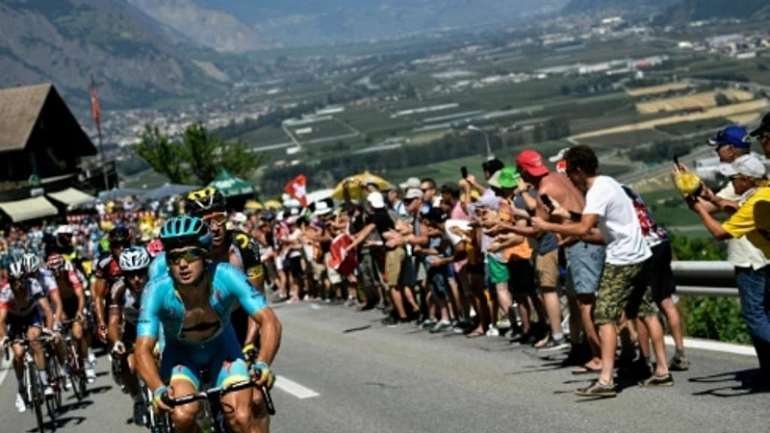 The death toll from the coronavirus epidemic in Europe surged past 20,000 on Saturday, even as the Chinese city where the outbreak began cautiously returned to life.

Europe and the United States are facing a staggering increase in new cases of COVID-19 -- despite perhaps a third of humanity now living under lockdown.

The grim new death numbers were reported after the IMF confirmed the world economy has plunged into a historic slump and the US invoked wartime procurement powers. 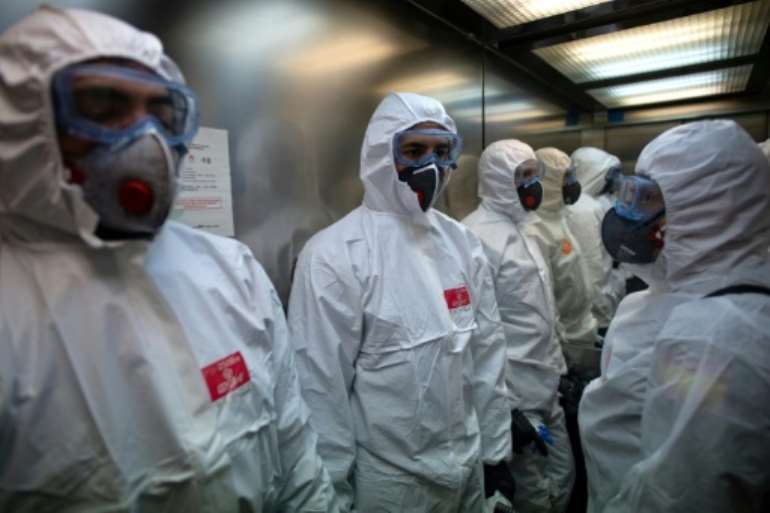 French President Emmanuel Macron has insisted Europe must help Italy face the Covid-19 pandemic as he reiterated his support for budget solidarity in the European Union.

Macron, who is in favour of “corona loans” despite Germany's reticence, called for stronger economic solidarity in Europe. 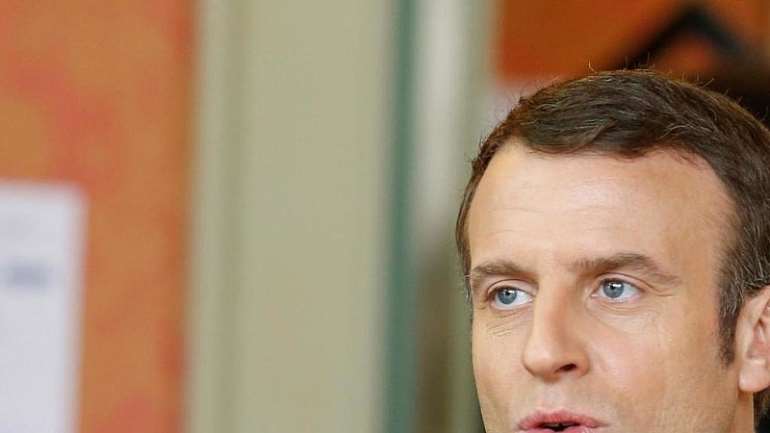 Countries around the world have been updating the number of people caught up by the pandemic. Here's a breakdown of some of the latest figures:

A total of 1,019 patients have died after testing positive for coronavirus in the UK as of 5pm on Friday, the Department of Health has said, up from 759 the day before.

Where are the most new cases?

The US now has more new cases than any other country worldwide.

The table below shows the three-day rolling average for each country, with the US now having more than Italy. 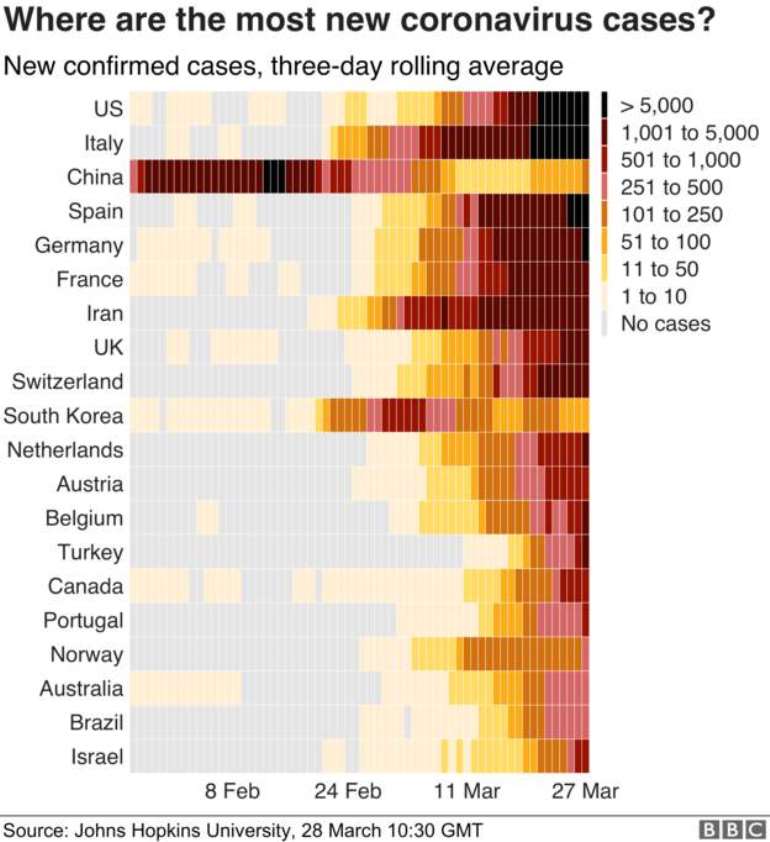 My father died of COVID-19; I didn’t hide his travel history - Obour

The immediate past President of MUSIGA, Bice Obour Osei Kuffour has officially announced the death of his 75-year-old father, Nana Osei Boansi Kuffour, who tested positive for Coronavirus. Obour’s father passed away at the Ridge Hospital in Accra on Friday evening.

In a statement issued on social media, Obour sorrowfully said “With sadness and a heavy heart I announce the death of Nana Osei Boansi Kuffour my biological father”. 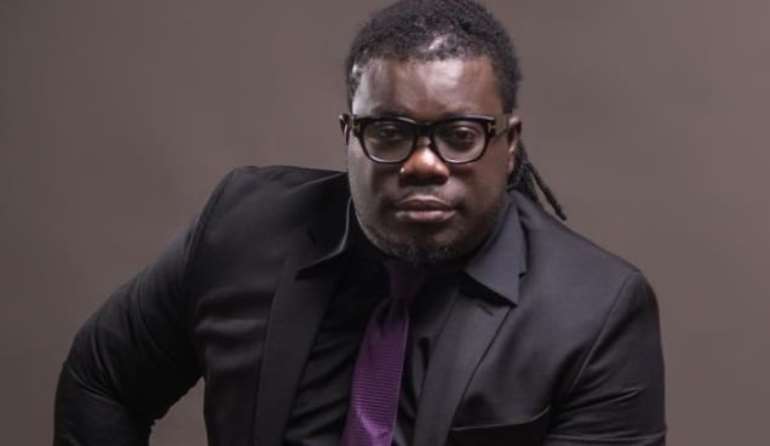 South Korea says that for the first time it now has more people who have recovered from the virus than are still infected.

South Korea has been praised for its response to the epidemic, which has involved tracing the infection, testing large numbers of people and isolating patients quickly. 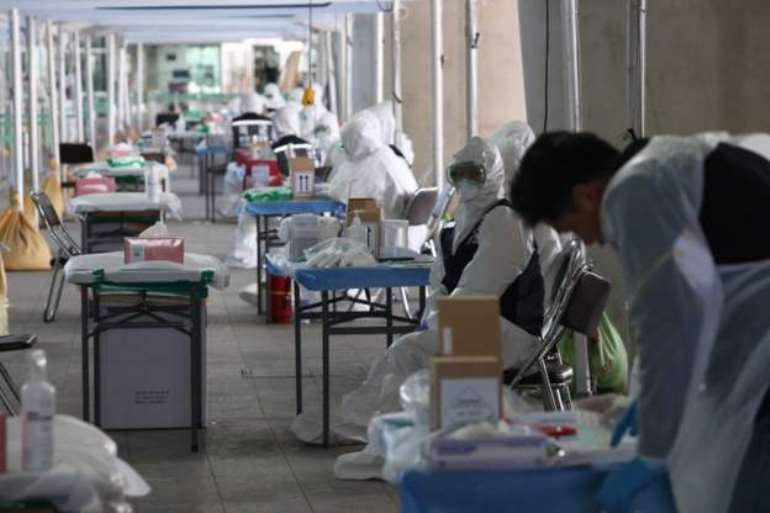 The death toll from coronavirus in Spain has now exceeded 5,000, after 832 more fatalities were reported there in the past 24 hours.

Spain is currently the second-worst-hit country after Italy, in terms of fatalities.

A state of emergency is in place until at least 12 April, with most shops and businesses closed and people's movements severely restricted.

The army has been deployed to deep-clean hospitals and other facilities. Hospitals have been under intense pressure and, like in many other countries, health workers have complained of inadequate protective equipment. 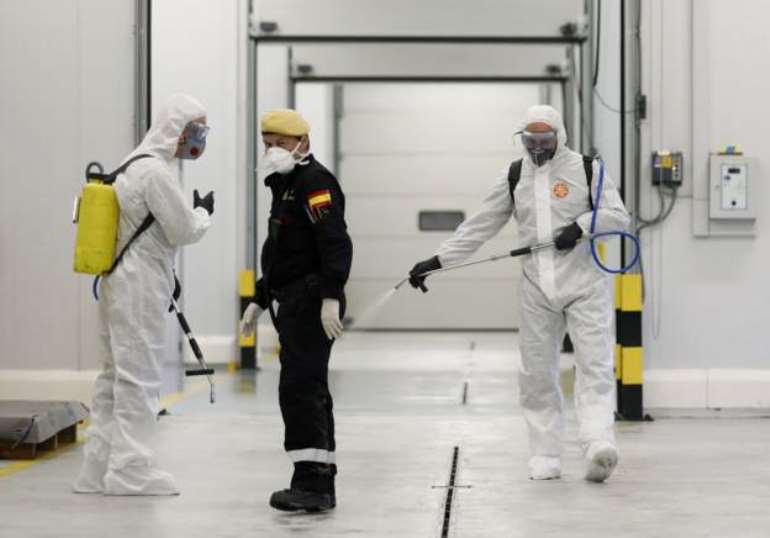 The army has been disinfecting hospitals and other facilities

A 101-year-old survivor in Italy

The situation remains bleak in Italy, but it's not all bad news. In the north-eastern city of Rimini a man aged 101, identified publicly as only "Mr P", was released from hospital on Thursday after being admitted last week and testing positive for Covid-19.

"Mr. P made it," she added. "The family brought him home, to teach us that even at 101 years the future is not written."

Coping with COVID-19 need not derail progress against rabies

France could be 'overwhelmed' by second Covid-19 wave

How-Long Does It Take To Submit A Job-Application In Time Of Covid-19?

Covid-19 global death toll could reach 2 million before vaccine is found, WHO warns

Good News About Covid-19 In Africa