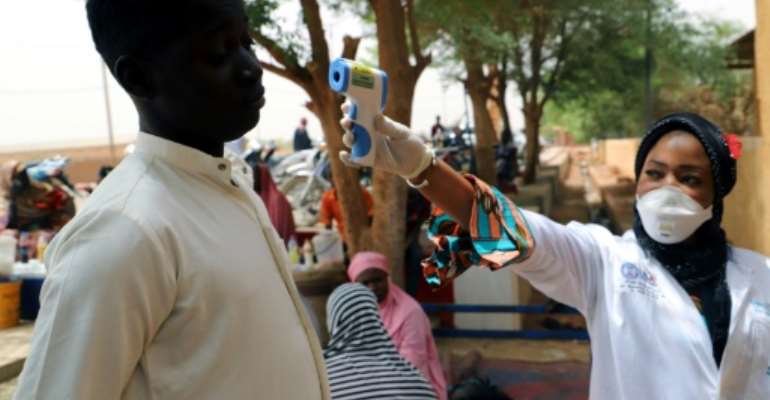 Mali's main opposition party called for "massive participation" in Sunday's parliamentary election, despite its leader being kidnapped and the rising coronavirus threat in the war-torn West African country.

However several other opposition parties called for the vote to be postponed due to COVID-19 crisis, which has seen 18 people infected since the country's first case was diagnosed on Wednesday, according to official figures.

In an unprecedented and shocking twist just days before the vote, veteran opposition leader Soumaila Cisse of the Union for the Republic and Democracy (URD) was kidnapped while campaigning in the conflict-ravaged centre of the country.

His bodyguard was killed during the abduction, which the URD said was carried out by suspected jihadists on motorbikes.

There was still no news on Saturday about the fate of the 70-year-old Cisse, who has come second in three presidential elections.

But President Ibrahim Boubacar Keita has promised the election will go ahead on Sunday despite the coronavirus and security concerns.

On Saturday Cisse's URD party urged its supporters to turn out in even greater numbers in response to their leader's ordeal.

"In these difficult times our country is going through, more than ever the party's activists are resolutely urged to redouble their efforts for a massive participation in the March 29, 2020 elections," the URD said in a statement.

But other opposition parties -- the National Congress of Democratic Initiative (CNID), Patriotic Movement for Renewal (MRP) and the CMAS movement of influential imam Mahmoud Dicko -- called for the vote to be postponed due to the coronavirus emergency.

Three candidates also withdrew from the poll, which will see new MPs elected to the 147-seat National Assembly for the first time since 2013.

That vote came a year after rebels captured much of the country's arid north, and Mali has been plagued by violence since.

In a first for a Mali, unidentified gunmen this week kidnapped leading opposition figure Soumaila Cisse while he was campaigning in the war-torn centre of the country. By Michele CATTANI (AFP/File)

Jihadists overtook the rebels in the north and swept into the country's centre, accelerating a conflict which has killed thousands of soldiers and civilians.

The current parliament, which is dominated by Keita's party -- Cisse's URD has 18 MPs -- was supposed to wrap up in late 2018, but subsequent elections were postponed, mostly over security concerns.

Voters will be supplied with hand-washing kits and masks at Sunday's elections, as well being made to keep separate from each other, the government has said.

In neighbouring Mauritania, the government announced Saturday that travel between regions would be banned from noon on Sunday. The vast Sahel country also confirmed two more coronavirus cases, bringing its total to five.