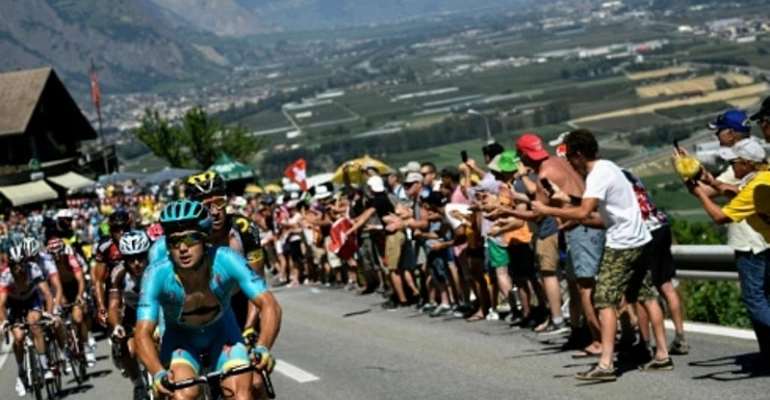 The French sports minister has said it is too soon to decide if the Tour de France, the world's premier cycling race, can go ahead amid the coronavirus pandemic. But if it does take place from 27 June to 19 July as scheduled, spectators may be banned to minimise the risk of infection, said Roxana Maracineanu.

Following the postponement of the Euro 2020 football championship and the Olympic Games in Tokyo, the Tour de France is one of the last major global sporting events that has not yet been cancelled or postponed.

"The Tour is a sports monument. It is too soon to decide. There is a time for everything. For now, we have a more urgent battle to fight. Let us focus on this mountain in front of us and then consider what's next," French Sports Minister Roxana Maracineanu wrote on Twitter.

A Sports ministry spokeswoman told Reuters on Thursday that the ministry was monitoring the pandemic's evolution.

"There is no rush to decide today," she said, 92 days ahead of the Tour's scheduled June 27 start in the Mediterranean city of Nice. It is due to finish in Paris on July 19.

In an interview with radio station France Bleu late on Wednesday, Maracineanu said that one option would be to organise a Tour without roadside spectators.

"The Tour's economic model is not based on ticket sales but on TV rights. During this period of confinement, everybody is aware of the risks and responsible," the minister said.

"People understand the benefits of staying home and watching event on TV rather than live. It would not be too detrimental to follow the Tour on TV."

The Tour attracts more than 10 million spectators along France's roads every year and is broadcast globally.

However, Marc Madiot, the president of the French cycling league and director of the Groupama–FDJ cycling team said it would be difficult to police a Tour without spectators.

"How would you stop the public from attending?" he said.

France's 67 million people have broadly respected the conditions of an unprecedented peacetime lockdown but few sports stir the passions of French sports enthusiasts more than cycling.

Moreover, riders often race large parts of a stage in closely-packed groups and team members live in close proximity to one another for nearly a month in hotels, and travel together on buses and airplanes that shuttle them between stages.

Teams are already grappling with how to keep their riders fit after the cycling season was suspended last week. All races up until the end of April have been cancelled.

"As long as we are not allowed to get out on the road, it is hard to think about getting in shape for the event," AG2R-La Mondiale rider Romain Bardet told France Bleu.