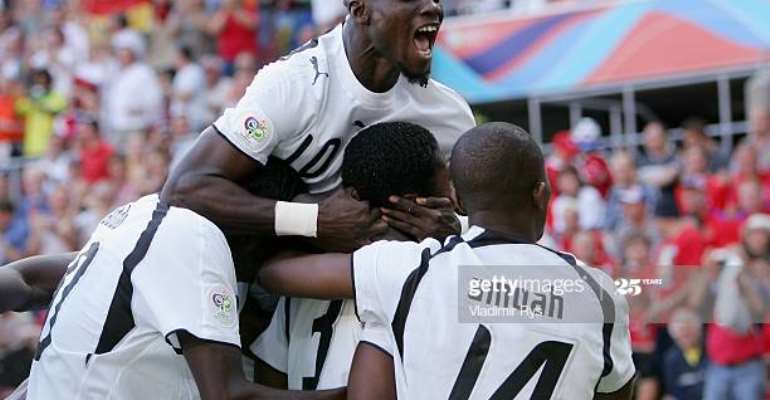 Former captain of the Black Stars, Stephen Appiah has described Ghana’s qualification for the 2006 FIFA World Cup in Germany as the right time for the country to be at the world stage.

After many years of trying to play at the world stage, Ghana ended the jinx in 2006 in Germany.

And according to the 39-year-old, the qualification came at the right time.

"Looking at the circumstances at the time in Ghana football, the country had great players before our generation but for 48 years, Ghana couldn’t go to the World Cup and we all know that the World Cup is the biggest stage in world football and every player wants to be there," Appiah told GTV Sports Plus.

“So looking at the quality and unity among our generation, I always say the timing was really really right for us to be at the World Cup and in no better year than 2006 in Germany," he added.

According to the ex-Juventus midfield kingpin, he was particularly happy and felt proud because after leading Ghana to the 2006 World Cup, Ghana didn’t just add up to the numbers but gave a good account.

Appiah is the first captain of the Black Stars to qualify Ghana to play on the biggest stage in world football, the FIFA World Cup.

Ghana was the only African side to advance to the Round of 16.

However, the Black Stars exited the tournament after losing to Brazil 3:0.

After excelling at Accra Hearts of Oak, Appiah travelled abroad to Italy to join Udinese in the Italian Serie A before joining Parma in the same league.