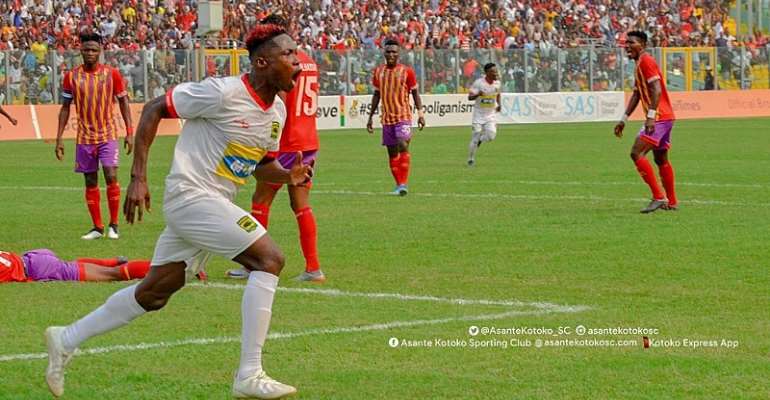 Asante Kotoko winger, Maxwell Baakoh has named Justice Blay as the best player for the club.

Blay, who joined the Porcupine Warriors on loan from Medeama SC has been a key figure for the club since arrival before the start of the 2019/20 Ghana Premier League season.

However, the 23 times Ghana Premier League champions are yet to make his loan deal permanent with Medeama demanding $800,000.

And according to the pacy winger, the 26-year-old is the best player for the club.

“For me, the best player in the team is Justice Blay,” he told Light FM.

“He is doing very well to help the team always. Right from his infancy, he has always been on top of his form.

“No discrimination to Blay but if not injury on my path, I would have been the best player in the team always,” he added.

Blay recently assured the club that he is ready to commit his future adding that he ready to add his own money should Kotoko fail to meet the demands of his parent club.