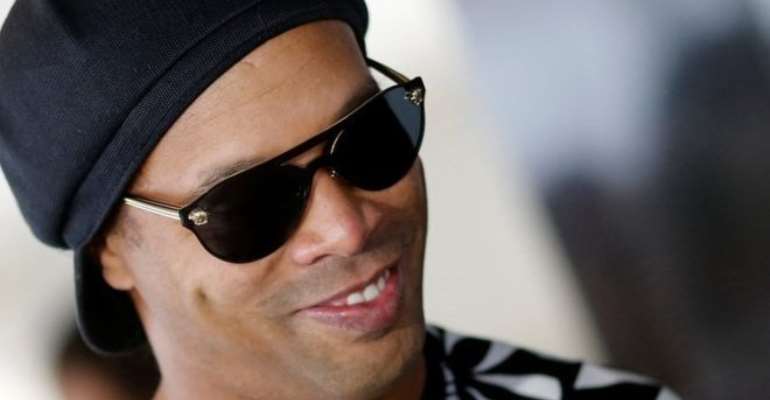 Former Brazil forward Ronaldinho is being held by police in Paraguay for allegedly using a fake passport to enter the country, authorities say.

Police searched a hotel in the capital, Asuncion, on Wednesday, where the star had been staying with his brother.

Paraguay's interior minister told ESPN Brazil that the pair had not been arrested but are under investigation.

Minister Euclides Acevedo also said they deny wrongdoing and are co-operating with the authorities. 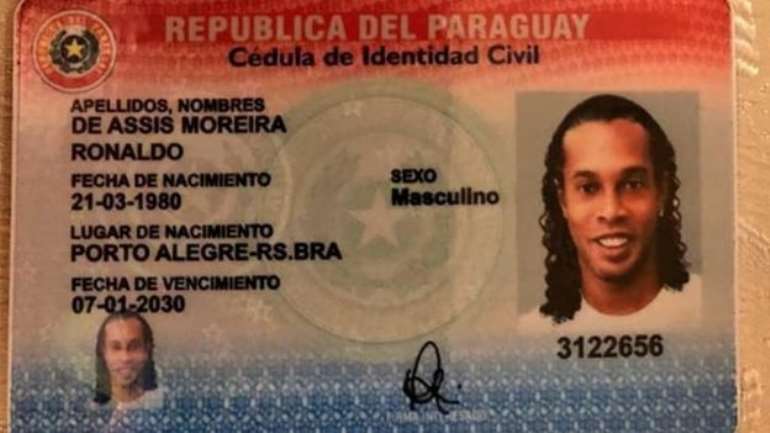 In July 2019, the player reportedly had his Brazilian and Spanish passports confiscated over unpaid taxes.

"Ronaldinho will be heard at eight in the morning on Thursday at the prosecutor's office," minister Euclides Acevedo told AFP, adding that customs authorities would also be investigated.

"I respect his sporting popularity but the law must also be respected. No matter who you are, the law still applies", Mr Acevedo told local media.

The 39-year-old twice World Player Of The Year had travelled to Paraguay to promote a book and a campaign for underprivileged children.

Another man who travelled with the brothers - 45-year-old Wilmondes Sousa Lira - has also been held.

Ronaldinho was the 2004 and 2005 World Player of the Year and enjoyed the prime of his career at Spanish giants Barcelona. He won the World Cup in 2002 alongside fellow superstar forwards Ronaldo and Rivaldo.

Ronaldinho's net worth is estimated at £80-100m and he is reported to charge around £150,000 for a single promoted Instagram post.