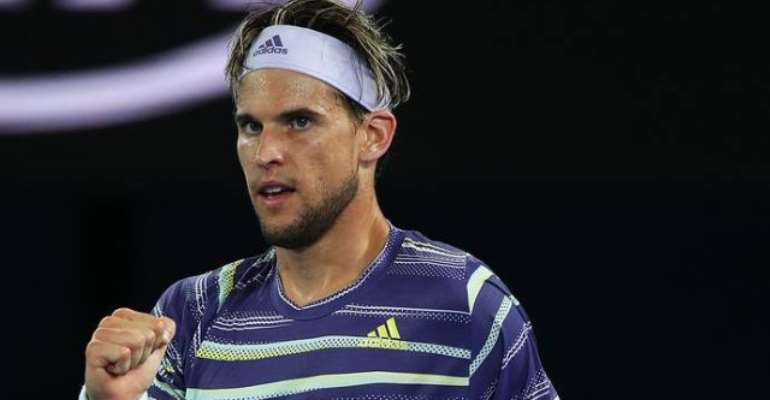 Spanish top seed Rafael Nadal was denied a place in the Australian Open semi-finals after Austria's Dominic Thiem rattled him with a powerful display to win a four-set thriller.

Thiem missed two match points before taking a third to win in four hours and 10 minutes.

The 26-year-old will now face Germany's Alexander Zverev on Friday - a first semi-final in Melbourne for both men.

Thiem missed the chance to serve out the match at 5-4 in the fourth, becoming jittery with three unforced errors and a double fault as Nadal levelled by doing little to earn it.

But Thiem regrouped to win the third tie-break of a thrilling contest against the 19-time Grand Slam champion.

"I was holding my serve great and then it came to 5-4," Thiem said.

"That was a special situation for me, serving against Rafa for a place in the Australian Open semi-finals for the first time.

"It was a mentally tough situation but I turned it around again in the tie-breaker."

Thiem raised both arms in the air when Nadal hit a forehand into the net on the third match point, clutching and shaking his head in what was likely to be a mixture of relief and disbelief.

Nadal's defeat means he will have to wait to be able to equal Federer's all-time record of 20 Grand Slam victories.