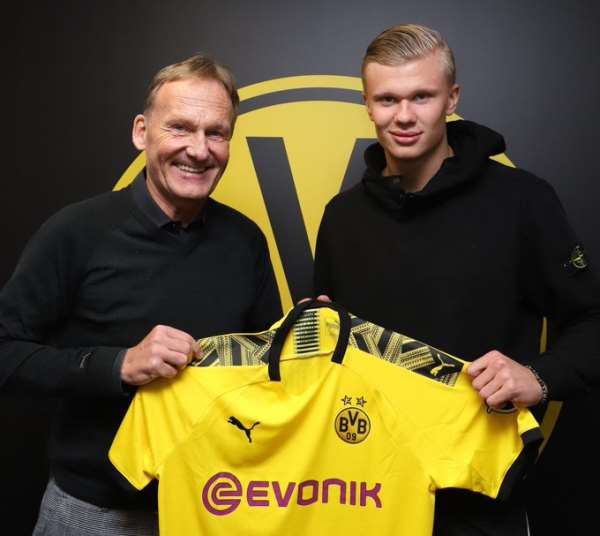 The 19-year-old has joined the German side, who are fourth in the Bundesliga, on a deal until 2024.

He had been a reported transfer target for Manchester United and Juventus.

Haaland has scored 16 goals in 14 appearances in Austria's top division this season and a further eight in the Champions League group stage, the second-most in the competition.

Salzburg finished third in Group E, which was won by Liverpool.

Haaland, who will join Dortmund on 3 January, said: "There was a feeling right from the start that I absolutely wanted to switch to this club, go this route and play football in this incredible Dortmund atmosphere in front of more than 80,000 spectators.

"I'm already burning for it."
Dortmund chief executive Hans-Joachim Watzke said: "Despite many offers from absolute top clubs from all over Europe, Erling Haaland decided on the sporting task at BVB and the perspective that we have shown him.

"Our tenacity has paid off."