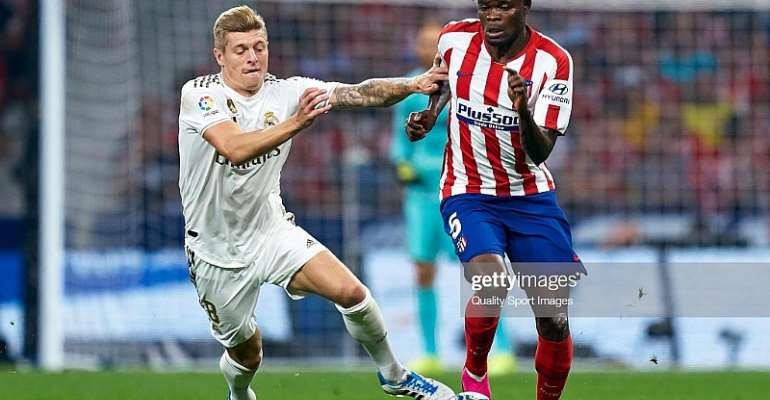 The 26 year old emerged as the Man of the Match after his impressive performance against the 13 times European at the Wanda Metropolitano.

“It’s a useful point, but we did all we could to earn the win," Partey said, as reported by his club's official website.

"The team’s work was phenomenal. I’m happy with my performance, but I’m more interested in the team’s good work."

Partey was voted as his club's Man of the Match by fans of the outfit.

The former Tema Youth product has played in six of Atletico's seven league games so far this season, starting four of the ties and scoring once.

He is expected to play another key role when Los Rojiblancos face Russian club Lokomotiv Moscow in the Champions League on Tuesday.

Saturday's stalemate has left Atletico third on the league table, tied on points with second-placed Granada and one point adrift of leaders Real Madrid.

He lasted the full duration of the game.