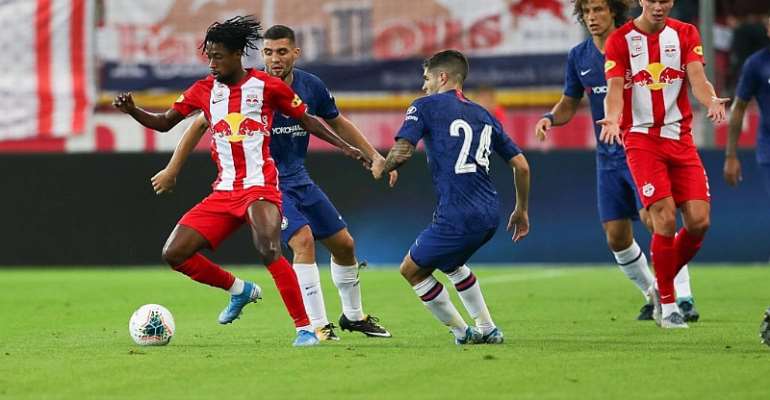 On returning to the Austrian giants the former WAFA ace had the opportunity of lining up against the two renowned clubs as part of preparations for the 2019-20 campaign.

He had 45 minutes of action in each of the games.
“It was like a dream come true for me," Ashimeru told Footballmadeinghana.

"I mean I always watched Chelsea and Real Madrid play as a child supporting them so it was a dream come true.

"I was determined to show that I can play against the big teams in Europe.

"I was ready and excited for the game and after the game I got good feedback from people."

The 21-year-old also spoke about being snubbed by Ghana for the recent Africa Cup of Nations in Egypt despite his good season at St. Gallen.

“No, it wasn’t shocking or surprising [that I was not called up] because the coach was the one to decide the players he wanted for the nation and I was one of the players he didn’t pick," explained the 21-year-old.

"Most of the players selected were doing well in Europe as well so I wasn’t shocked but calm [about it].

"Normally everyone wants to play for the Black Stars and so I was a bit disappointed but that’s okay."

The former Wafa man is expected to be named in Ghana's squad for the upcoming Africa U23 Cup of Nations in November.