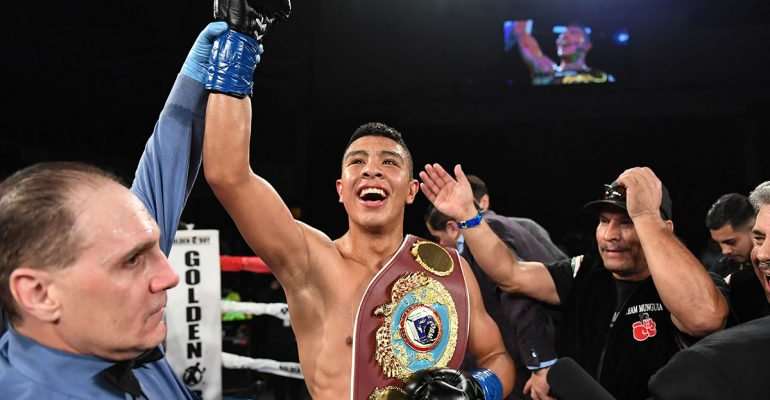 Fighting in front of his fans on Mexican Independence Day weekend, Jaime Munguia shook off a slow start and overpowered Patrick Allotey in a fourth-round TKO on Saturday at Dignity Health Sports Park in Carson, Calif.

Munguia (34-0, 27 KOs) successfully defended his WBO junior middleweight title for the fifth time and sent Allotey to the canvas on three occasions. In the fourth round, Allotey took a delayed knee at the 2:18 mark, and his corner put a stop to the fight.

It was quite a turnaround for Munguia after a subpar performance in April when he escaped with a decision victory against Dennis Hogan.

Watch highlights of the fight below;

Allotey (40-4, 30 KOs) had some success early as he landed combinations — but those punches had no effect on Munguia. In the third round, Munguia punished Allotey with a body and head combination that was punctuated by a short uppercut, forcing Allotey to take a knee. Another combination sent Allotey to the canvas as the round ended, setting up the TKO in the fourth.

When asked whether this was his final fight as a junior middleweight, Munguia said, “I need to talk with my promoter. First I need to talk to my team and then we’ll decide.”