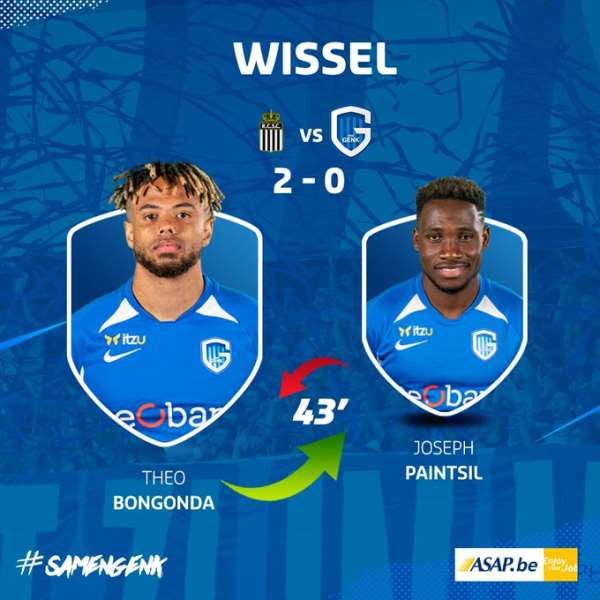 Ghanaian winger Joseph Paintsil could spend weeks on the sidelines after picking up an injury in KRC Genk’s 2-1 defeat at the hands of Sporting Charleroi in the Belgian Jupiler League on Friday.

The attacker has been in fine form for his club in the early parts of the season before going on the international break.

He received a call up to the Ghana u-23 team during that period and was key for the side that beat Algeria u-23 2-1 on aggregate to ensure they secured qualification to the CAF u-23 Cup of Nations tournament.

He returned from the international break refreshed and was handed a start on Friday to face Sporting Charleroi.

He however only lasted 43 minutes and had to be replaced by Theo Bongonda after receiving a knock.

Genk eventually lost the match 2-1 and will be hoping Joseph Paintsil recovers in time to feature in their next game.

He is now expected to undergo further tests to ascertain the degree of his injury.