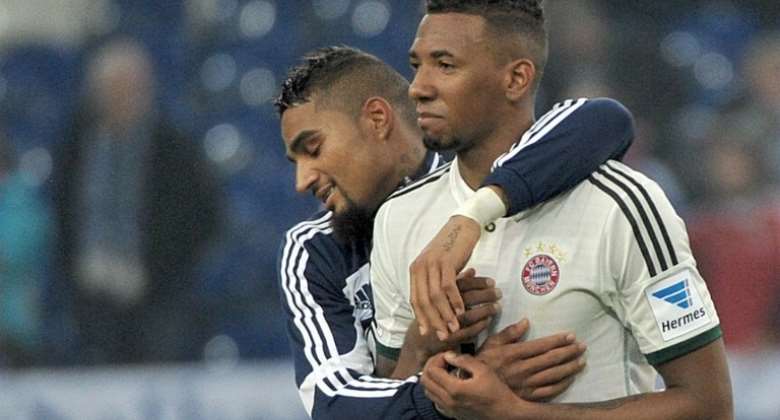 Ghana forward, Kevin-Prince Boateng revealed he to tried to get his brother Jerome Boateng to join Juventus this summer.

The Manchester City centre back has not enjoyed the best of football since the arrival of Niko Kovač.

Despite playing for Fiorentina in the Serie A - who take on Juventus this weekend, the 32-year-old looked to reunite with his brother in Serie A.

Speaking to Bild, Boateng suggested he could have lined up against his younger sibling this weekend had things gone differently in the transfer window.

'It would've been great to see him here, above all because it doesn't look like he'll play much for Bayern,' he said.

'In any case, I recommended Juventus to him. Juve are a great club. Serie A is very interesting.'

The two brothers have played against each other in the past, most notably when they were both active in the Bundesliga.

Jerome Boateng has been a long-standing player at Bayern Munich and he came up against Kevin-Prince Boateng when he was at Schalke in 2013.

With Juventus losing talisman Giorgio Chiellini with a torn ACL for at least six months, Jerome Boateng was viewed as a last-minute deal to add cover defensively but a deal failed to materialise.