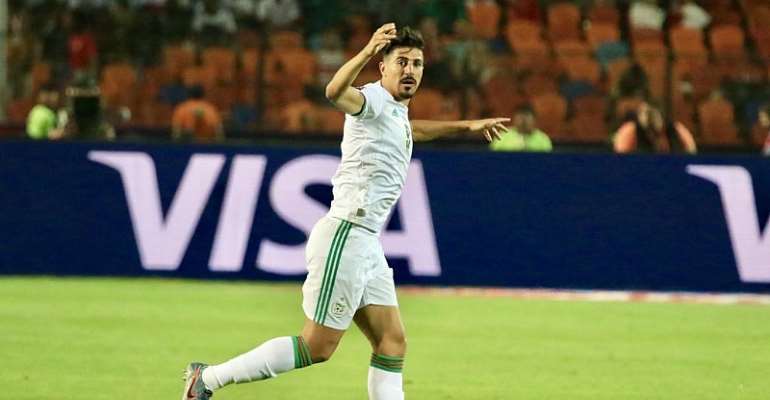 Algeria claimed the Africa Cup of Nations on Friday night with a disciplined 1-0 victory over Senegal at the Cairo International Stadium.

The north Africans took the lead with their first attack after 79 seconds. Ismael Bennacer fed the ball to Baghdad Boundejah and he bustled upfield.

Without many options, he let fly. The shot took a huge deflection off Salif Sane, flew up into the air and dipped down over the befuddled Senegal goalkeeper Alfred Gomis into the net.

Senegal gradually recovered their poise and started to drive at the Algeria defenders. But they could not create any clear chances.

Algeria coach Djamel Belmadi had packed his midfield to frustrate. Senegal appeared clueless in front of a ruggedly canny block and were unable to muster any fluidity.

Harness
Promising attacks were foiled with cynical fouls and Senegal's imprecision from the ensuing free-kicks failed to punish the frequent offences.

Senegal's best effort of the first-half was M'Baye Niang's snapshot on the turn. His drive whistled inches over Rais M'Bohli's crossbar.

The niggliness of the opening period boiled over in a scuffle between players as the teams walked off at half-time.

Senegal emerged from the pause energised and again dominated possession without sufficient thrust.

Denial
Aliou Cissé's men thought they had a chance to get back into the game when referee Alioum Néant awarded a penalty for handball. But after the Cameroonian consulted the video assistant referee, he overturned the decision.

Senegal were left to fire pot shots as Algeria ran the clock down with pack defending.

After the final whistle, Algeria's players ran to the bank of fans estimated at more than 10,000 to celebrate their second Cup of Nations title.

Belmadi was thrown into the air by his jubilant squad as Cissé strode the field consoling his men.

"I'm very happy,” said Belmadi. “Our whole nation, our people were waiting for this second star for a long time. It's our first Cup of Nations won away from home. It's incredible especially when you look at where we came from.

"I took over a team that was really struggling. To do what we've been able to do, and to put ourselves on the top of Africa in 10 months, is extraordinary.”

Journey
For Cissé, it was more Cup of Nations woe. Seventeen years ago, he was one of three Senegal players who missed penalties during the shoot-out loss in the final against Cameroon.

"We conceded the goal very early and on the whole I think we deserved to equalise but it didn't happen,” said Cissé, whose team also lost 1-0 to Algeria in the group phase. "On the whole we didn't let ourselves down.

“I want to congratulate my players. We've been working together a long time for this Cup of Nations and we wanted it but it didn't go our way."

Borders secured against potential terrorist attack in Bolga,...
5 minutes ago